I read a lot of opinion pieces so that you don’t have to. Some are good enough to make our Viewpoints section. Some are… special:

[P]olitical events in Russia will become more important in the coming years, and Americans should prepare for the leverage Russia will begin to exercise.

OK, I have fresh batteries in the flashlight, a week’s supply of nonperishables in the pantry, and jumper cables in the car. What other preparations should I make?

In foreign affairs Russia will continue to block interventions into countries like Syria with their permanent veto in the UN Security Council. Whatever one’s opinions might be on humanitarian intervention it is clear what an absurdity it is for a country like Russia, whose actions in Chechnya are not far removed from Assad’s in Syria, to be able to influence international humanitarian work.

Russia will continue to wield its influence over Eastern Europe, a part of the world where liberal values are struggling.

Now we’ve entered the heart of Op-Edistan, where “liberal values” are always “struggling.” Would it help if we built more torture chambers in Eastern Europe?

It should worry Americans that Russia, straddling both Europe and Asia, will be able to dictate the pace of the twenty first century more and more.

Even if dictating the pace of a century were a real possibility instead of pundit claptrap, Putin could no more do it than Peter the Great or Josef Stalin could. This sort of threat inflation makes me appreciate the relative sobriety of China panic. The Russians are not even conceivably coming.

It looks like Russia’s influence will continue to be exerted under corrupt and illegitimate governments with a demonstrable disregard for civil liberties and expansionist mindset. Whoever is the President this time next year (probably Obama) should make more of an effort to establish good economic and diplomatic relations with countries still under Russia’s shadow, especially countries in Central Asia and Eastern Europe, in order to limit the amount of damage an presidency like Putin’s can inflict.

And to which head of state can we turn to limit the amount of damage a presidency like Obama’s (or Romney’s, or Santorum’s) can inflict? Who will save Americans and others from the demonstrable disregard for civil liberties and the expansionist mindset of the Kremlin on the Potomac? Is there an extraterrestrial force for good to which we can appeal?

I’ve touched slightly on the term ‘Israel-Firster’ – a shorthand that has an ugly neo-Nazi provenance, which is why I don’t use it…

As Justin Raimondo pointed out Monday, that etymology is false: the term was first used no later than 1953 by Alfred M. Lilienthal, a Jewish American. Not that that fact will change anything. I expect no correction from Sullivan, and I couldn’t care less about his source, Spencer Ackerman, whose views on intellectual honesty you can read for yourself.

But let’s assume that, for once, they weren’t bullshitting and the term was coined by an asshole. And? Does a sorry origin taint a word or phrase for all eternity, even if the term — as Sullivan effectively admits in the aforementioned post — is accurate and useful in certain cases?

Just for kicks, I searched Sullivan’s blog and Tablet magazine, where Ackerman acted out his latest “plate-glass window” fantasy, for “highbrow,” “middlebrow,” and “lowbrow.” It won’t surprise you to learn that the searches turned up plenty of hits. It may surprise you to learn where those words come from: 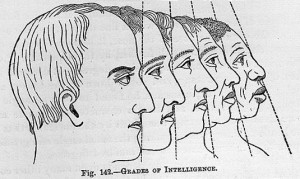 “Highbrow,” first used in the 1880s to describe intellectual or aesthetic superiority, and “lowbrow,” first used shortly after 1900 to mean someone or something neither “highly intellectual” or “aesthetically refined,” were derived from the phrenological terms “highbrowed” and “lowbrowed,” which were prominently featured in the nineteenth-century practice of determining racial types and intelligence by measuring cranial shapes and capacities. A familiar illustration of the period depicted the distinctions between the lowbrowed ape and the increasingly higher brows of the “Human Idiot,” the “Bushman,” the “Uncultivated,” the “Improved,” the “Civilized,” the “Enlightened,” and, finally, the “Caucasian,” with the highest brow of all. 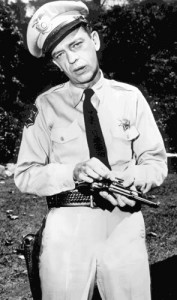 Ugly, huh? You can find similar histories for several other commonly used terms (though “rule of thumb,” contrary to a popular myth, isn’t one of them). Will Sullivan and Tablet‘s writers ban the -brows? I doubt it, and really, why should they? If they found those adjectives useful before and had no intention of endorsing phrenology or “scientific racism,” then there’s no reason for us to presume evil motives now.

None of which is to say that some words aren’t overused or shouldn’t be used more carefully. But if “Israel-firster” is one of those terms, then “anti-Semite” is a thousand times more so. You have your work cut out for you, deputies.

I yearn for the day when “I was a full-throated supporter of the Iraq War” is understood — by writer and reader alike — to be a more damning admission than “I took Ecstasy once in college.”

As often happens, one brilliant post at The American Spectator‘s blog (via Larison) led me to another. Behold:

When I arrived late at the town hall event in Meredith, he [Ron Paul] was prefacing an answer to a question about Israel by expressing admiration for Zionist principles of independence and self-reliance, going on to say, of course, that Israel shouldn’t get any US aid. (Paul, or someone on his staff, has clearly read this Jeffrey Goldberg post.)

Ah, so Paul cynically stole a talking point from Jeffrey Goldberg — who had, um, explained Paul’s position on Israel by quoting the congressman. It doesn’t get much sneakier than that.