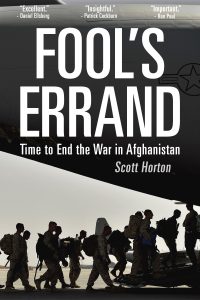 The electronic version of my book is now available on Barnes and Noble, Apple Books (no link, but it’s there on the app), Kobo, Smashwords and very soon will be on Google Play books as well.

The paperback and Kindle versions and all these above are the very latest version of the text with some typos fixed and things. So all of you who’ve already read it, buy it again!

Thanks very much to Mike Dworski and Grant Smith.

I gave this talk on Fool’s Errand to the Libertarian Party of New Jersey’s state convention back in February.