The Indian government has formally demanded an explanation from the US for the detention of Shahrukh Khan, one of India’s most famous actors, at a Newark Airport. Khan was traveling to Chicago to attend an event related to India’s independence day. 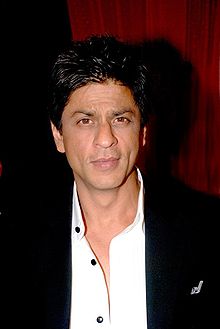 Shahrukh Khan
Khan, who ironically enough has just finished production of the much-hyped movie “My Name Is Khan,” which details racial profiling of people with Muslim surnames in the United States, was held by immigration officials for an undisclosed reason and was only released after the Indian embassy had been informed of his mysterious capture.

The strange case of life imitating art has caused enormous outrage in India, and Indian newspapers are chastising it as a case of “American paranoia.” The incident comes with last month’s public frisking of former Indian President APJ Abdul Kalam when he tried to board of flight to the US still fresh in the minds of many Indians.

US Ambassador to India Timothy Roehmer said the embassy was looking into the incident but denied that anything untoward had occurred, insisting Khan is “a very welcome guest in the United States.” It just didn’t seem like that when they were dragging him into a back office for interrogation.