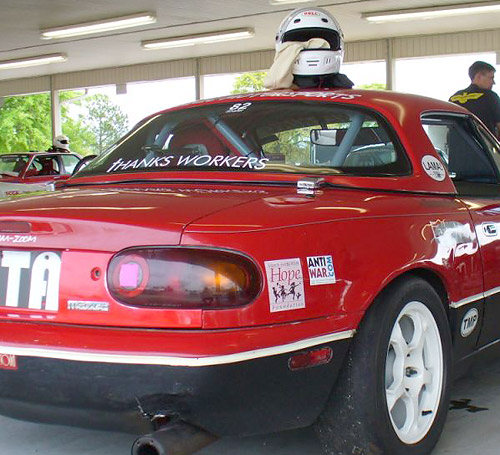 What we’ve been up to:

Our continued participation with Come Home America has made Antiwar.com one of the leading organizations out there building coalitions across the political spectrum for a robust antiwar movement.

We have been getting great attention in the media: DC Editor John Glaser appeared on Russia Today to talk about the perils of intervening in Syria and the fallout of the Afghan massacre that left 17 civilians dead, and also spoke to Don Griffin of KJSL TruthTalk 630AM out of St. Louis about the looming war with Iran and "blowback." Director of Operations Angela Keaton was interviewed on Liberty Radio Network’s Flaming Freedom about Iran. News Editor Jason Ditz appeared on Russia Today to talk about the peace plan in Syria, U.S. warplanes deployed in the Gulf, and CIA black sites engaged in torture.

Top news of the week:

FBI: Fake Underwear Bomb Plot Proves Need for Warrantless Surveillance: Though the so-called bomber unveiled by the Obama Administration turned out to be a CIA informant, officials still continue to take credit for foiling the supposed terror plot. And now FBI Director Robert Mueller is citing it as proof that Congress needs to extend his ability to conduct electronic surveillance without a warrant.

US Officials Worried Israel’s Unity Deal Raises Prospect of Iran Strike: Top officials in the Obama administration are worried that Israel’s recent deal to form a national unity government between the Likud and Kadima parties raises the prospect of an Israeli strike on Iran prior to U.S. presidential elections in November.

Kerry Argues for Safe Zones and Arming the Syrian Opposition: Senator John Kerry (D-MA), who is the chairman of the Senate Foreign Relations Committee, has said the U.S. needs to step up its intervention in Syria, arguing for setting up "safe zones" and potentially arming and training the opposition. But those measures would only escalate the conflict.

Obama Sends US Special Ops Back into Yemen: The post-Saleh client-state status quo has been maintained in Yemen as the Obama administration escalates its drone war and sends U.S. special operations forces on the ground, supposedly to train Yemeni forces.

US Admits Killing Innocent Afghan Family in Airstrike: The U.S. military claimed responsibility for an airstrike that killed six innocent members of a family in southwestern Afghanistan, which was kept secret until an Afghan governor made public accusations.

Angela Keaton will be speaking on techniques on how to speak to non-activists about the War at Porcfest, June 22nd. Porcfest is an annual gathering of peace and freedom lovers in Lancaster, NH.

Antiwar.com would like to thank Michael Boldin and Nick Hankoff of the Tenth Amendment Center for hosting Nullify the NDAA on May 3rd. The event brought together the LA County Republican Liberty Caucus, ACLU, Oath Keepers and Antiwar.com to discuss how this dangerous power grab by the Obama Administration can be used against Americans.