Of course Ray Bradbury would have hated such a man, too. When he wrote these words as part of the gripping dialogue in his 1950 would-be classic, Fahrenheit 451, he was railing against the conformity and emptiness, the non-intellectualism of the times, which — big surprise ! — is really no different than our American society today. He recognized how the mass media had manipulated the American post-war culture like soft playdough until their brains became malleable and were all at once putty in the hands of the establishment. He feared, rightly so, that middle-American dumbification would lead to a dangerous acquiescence to the elite on matters of foreign policy and war. And then it would be too late.

Now, dead on this earth at the age of 91, Bradbury leaves us behind, duly warned and onto Newer Frontiers. 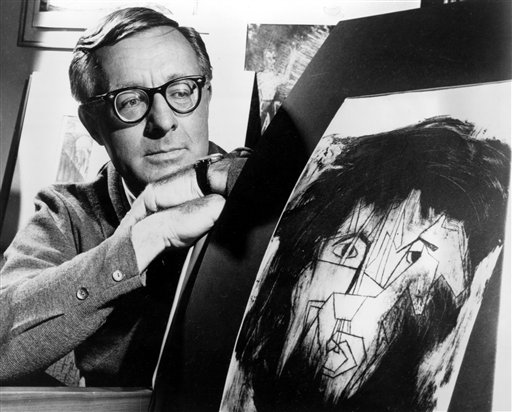 Fahrenheit is a beautiful and searing metaphor — of which we should all have a copy! I wrote about it just recently, in April, comparing his lessons against tyranny and war to the vapidness of today’s science fiction and dystopian romances, like The Hunger Games.

My point then and I will make it now is that like many of us, Bradbury was an expanding man in a detrimentally contracting world. And he was anti-war. Fahrenheit 451 is anti-war, in that it recognizes that when we do not read to understand, that when we discard history and literature and poetry and dismiss sentiment and an active longing for peace, then we forget not just the destruction, but the futility of war. We repeat our mistakes, again and again. It all starts with the marginalization of learning, the vanquishing of knowledge, the burning of a book. 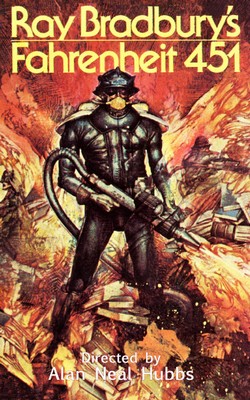 Onward, and upward, Mr. Bradbury, and may we never forget.