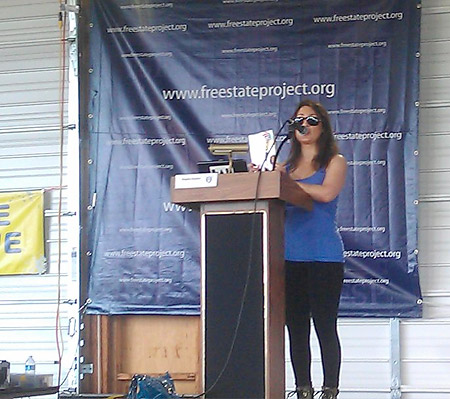 A Groundswell of Activism Against Drones

Activist opposition to Washington’s new affinity with unmanned aerial vehicles for use in surveillance and war is growing by the day. Anti-drone campaigns are now established in New York, Nevada, California, Colorado, New Mexico, and Arizona, as well as a growing movement in the Midwest, with activity in Illinois, Wisconsin, Indiana, Minnesota, and Iowa.

This groundswell of activism and resistance is happening in tandem with a growing mainstream skepticism, manifesting in official leaks and criticism, editorials in the nation’s leading newspapers, and even legal challenges on the national and international level.

Visit Come Home America for more details on the local activism going on across the country.

Obama Ignored CIA Report Against Afghan Escalation: President Obama knew of a CIA assessment in 2009 that warned against the surge in Afghanistan and "purposely did not read it" before approving the massive escalation. Obama also ignored Vice President Biden’s memo, which concluded the plan wasn’t "viable."

Israel Fears Rise of US-Supported Jihadists in Syria:The Israeli Defense Force is preparing for the possibility that jihadist terrorists will launch attacks on Israel from Syria if regime change topples President Bashar Assad, as is the aim of US support of the rebel militias.

US Rejected Chance for Incremental Progress in Iran Talks: As enthusiasm about the negotiations between Iran and the P5+1 begins to peter out, sources close to the talks have revealed that Washington hardened its position during the last round in Moscow, foregoing concrete progress in favor of an all-or-nothing posture.

US Drug War in Honduras Expands as Human Rights Abuses Increase: The expanded mission is run with six State Department attack helicopters and a special team of commando-style DEA agents who have now been implicated in the killing of several Hondurans on two separate occasions.

Iraq’s PM Calls for Early Elections Amid Calls to Resign: After months of political strife, Iraqi Prime Minister Nouri al-Maliki has threatened to call for early elections which could tighten his grip on power due to the Shiite leader’s harsh efforts to marginalize his political opponents.

If you are interested in buying advertising space at Antiwar.com, please contact Angela Keaton at +1-323-512-7095. Rates available on July 1st.

Forward this newsletter to your friends and encourage them to subscribe. (We don’t spam!) Fill out an application for the Antiwar.com Capital One credit card. Have a clunker in the driveway? Give it to us and then write it off! Want to donate your car, trailer, boat, or other junk to Antiwar.com? Please call 1-800-240-0160 for free next-day pickup. Or just make a good old-fashioned donation. Questions? Call 323-512-7095 or email akeaton@antiwar.com.