With the drum beat for war on Iran intensifying in recent weeks, the question seems to come down to whether or not Israel is bluffing about their implied military strike on Iran before the November presidential elections in the US. 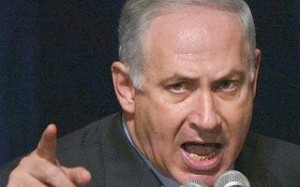 Al-Monitor yesterday interviewed “former Deputy Assistant Secretary of Defense Colin Kahl” who “traveled to Israel 13 times during his tenure as the Obama administration’s top Pentagon Middle East civilian policy advisor from 2009 to the end of 2011.” Kahl, who has supported negotiations over war, thinks Israel is not “merely bluffing.”

Former CIA analyst Ray McGovern seems to agree, arguing that “Netanyahu feels, with good reason, that he’s got Obama in a corner for these next three months,” and therefore, he is “willing to try it.”

Others see an Israeli strike as unlikely for three primary reasons. First, there may be some level of concern in Tel Aviv that an attack on Iran without a green light from the US would mean suffering the diplomatic consequences of that, which, despite America’s absurd deference to Israeli insolence, could be significant. Second, there is strong opposition in the Israeli defense establishment to a preventive strike on Iran, which pressures Netanyahu and Barak against an attack. Third, the rather obvious negative geopolitical consequences of attacking Iran – not least of which could include destabilizing neighboring Afghanistan, unsettling world oil markets, the breakout of international conflict in Syria, and a reconstituted Iranian nuclear weapons program (which currently doesn’t exist) – leads one to believe Netanyahu and his cabinet are smarter than that.

Many in the media and the electorate in both the US and Israel continue to latch onto two falsehoods: (1) Iran is developing nuclear weapons; and (2) if Iran has a nuclear weapon, they will use it to destroy Israel. Nobody in the official or academic communities believe either of these two ideas, but they are prominently featured in the debate about Iran right now. On the first score, both US and Israeli 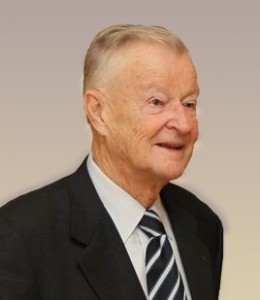 intelligence have said repeatedly that Iran has no nuclear weapons program. In order to believe the second idea, you’d have to throw out everything that we’ve come to understand about nuclear deterrence over 67 years.

As Zbigniew Brzezinski, the hawkish former National Security Advisor to President Jimmy Carter and scholar at the Center for Strategic International Studies, said back in March, “there is no argument to the contrary” of basic nuclear deterrence, “except one extremely silly argument that somehow or other the Iranians are messianic, that they want desperately to commit suicide.”