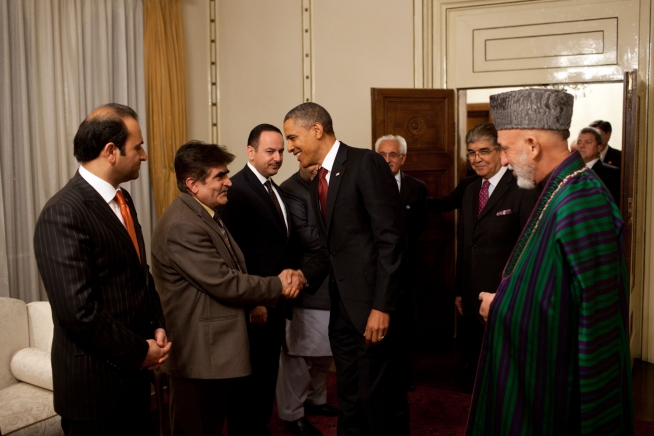 The Obama administration’s nation-building effort in Afghanistan is one of the most gratuitous failures of the whole post-9/11 era. The US has left a Taliban insurgency as strong as ever, built up degenerate criminal gangs in the Afghan Local Police, botched its mission to train obedient security forces, and laid the groundwork for future civil war. But aside from the actual war effort, Americans should be disgraced at the government they’ve helped set up and continue to support.

One example: 70 percent of all the Afghan women in jail are there for the offense of running away from their abusive homes:

Chief of the parliamentarian commission for human rights, civil society and women’s affairs Fawzia Koufi expressed concerns regarding the Afghan women detainees where majority of them have been arrested for escaping their homes.

Fawzia Koufi said more than 70% of the Afghan women have been jailed for escaping their homes despite this is not crime in Afghan law.

She said, “This is a major issue and women are jailed over adultery after escaping from their home.”

This is the kind of thing America is supporting when it sends billions of dollars in aid (about $16 billion since 2008) to Afghanistan every year. Reading this, I was reminded of when, last December, Afghan President Hamid Karzai agreed to pardon an imprisoned woman for the crime of being raped, on the one condition that she marry the man that raped her.