Commentators across the spectrum are talking this week about how Hamas was the real victor of the latest conflict, even though Gaza disproportionately felt the costs of advanced military bombardment. Here’s Thanassis Cambanis in Foreign Affairs as an example:

Now Hamas will tout the concessions it won from Israel last week — as part of the ceasefire, Israel agreed to open the border crossings to Gaza, suspend its military operations there, and end targeted killings — as proof that it should not give up fighting. Meanwhile, the outcome should be enough to buy Hamas cover for its poor record of governance and allow it to again defer making tough choices about statehood, negotiations, regional alliances, and military strategy. The group might even be able to use the momentum to supplant Fatah in the West Bank as it has done in Gaza. 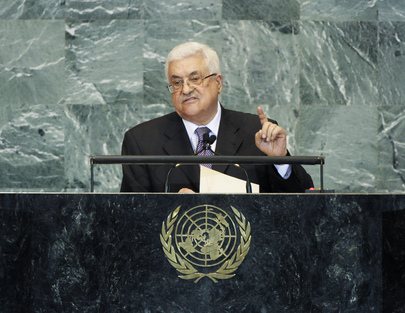 That last part is important. If Hamas gains enough popularity to sideline Fatah, we can say goodbye to the viability of the two-state settlement. Fatah’s infamous deference to the US and Israel and to the defunct peace process – which was always just a scheme to provide Israel with more time to colonize additional Palestinian land – has not won them many emphatic fans. In this sense, Fatah has been useful to Israel.

But in another sense, Fatah represents the greatest threat to Israel’s plan to have permanent sovereignty over all of historic Palestine (everything west of the Jordan River). They openly support the two-state solution and they have a certain amount of secular nationalist appeal. Their recent bids to get recognized at the United Nations are among Israel’s greatest concerns. Since the PLO are non-violent, Israel can’t respond with plain old brute force the way they do with Hamas. With Hamas, Israel can easily demonize any sort of Palestinian resistance and boil down the Israeli-Palestinian conflict to an Israel-versus-the-terrorists dichotomy.

While Hamas has recently tried to engage with the region and to moderate itself by voicing support for the two-state solution, other Hamas factions have hardened. Cambanis writes that the Hamas prime minister, Ismail Haniya, has recently “expressed no interest in talking about a two state solution and overall, the rest of the Gaza-based leadership has simply grown more uncompromising under the Israeli blockade and now two lopsided wars. It prefers full-throated resistance to any political settlement.”

Ironically enough, Israel bolstered Hamas from the beginning. “In 1973,” writes Jonathan Cook in Disappearing Palestine, “six years after the occupation began, Israel licensed the [Muslim]Brotherhood again and allowed it to set up a network of charities and welfare societies, funded by the Gulf states. Israel hoped that the Muslim Brotherhood would dissipate Palestinian nationalism and support for the PLO among the local population and encourage a social and moral conservatism that would make the Palestinians more moderate.”

So much for that. The Israeli leadership knew early on that their support for the Brotherhood in Gaza backfired severely when it morphed into Hamas in 1987. But with the possibility of the PLO achieving non-state status at the UN, non-violent nationalism towards the two-state solution looks like the greater of two evils to many in Tel Aviv.

And this is why Israel still emerged the victor in the aftermath Operation Pillar of Cloud. The Fatah leadership in the PLO has international appeal and may very well make headway at the United Nations. For Israel – which has relied on the status quo to deliberately alter the demography of the West Bank and Judiaze East Jersualem with the aim of a Greater Israel – that’s a tough nut to crack. Hamas, on the other hand, is a straw-man. They can more easily be dealt with in the way Israel is used to dealing with Palestinians – with crushing brute force. And so long as US support for Israel is maintained, that is what Israel will continue to do.

28 thoughts on “Operation Pillar of Cloud: Why Israel Still Emerged the Victor”