Although no one seems to be able to initiate a change, there is widespread acknowledgement that US-backed drug war policies in Mexico have worsened the security situation, enabled human rights abuses by the government, and has not put a dent in the drug market. Washington Post: 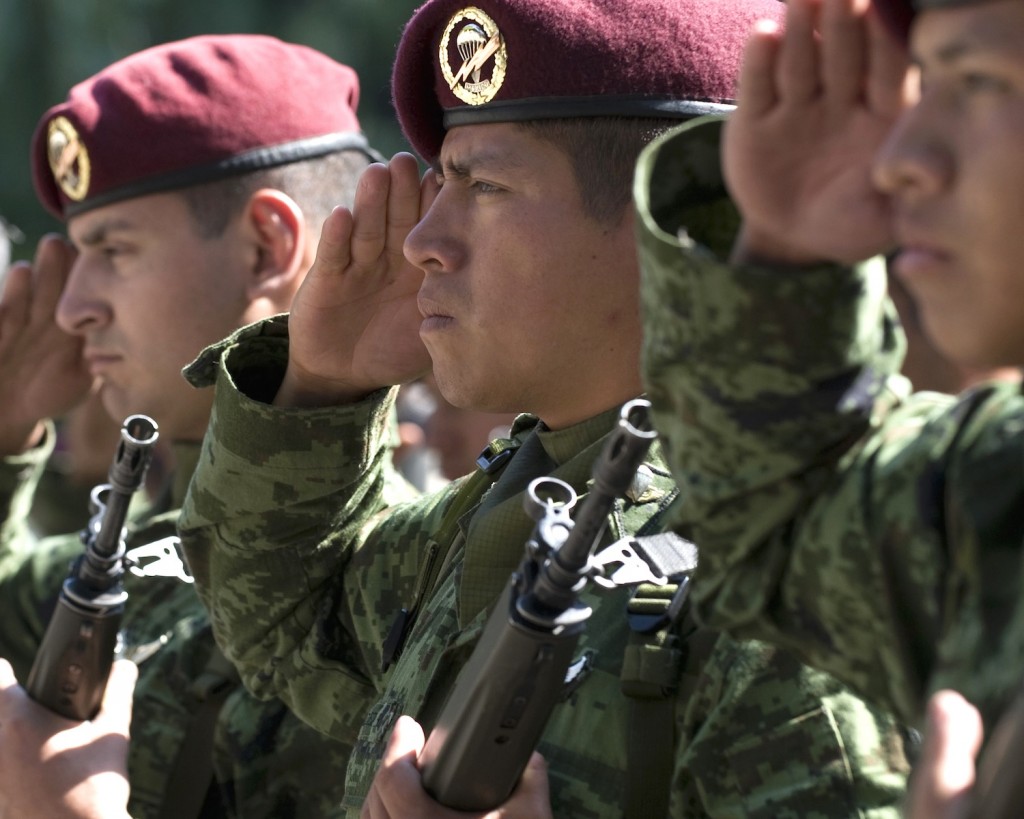 A top official in Mexico’s new government on Monday harshly criticized the country’s U.S.-backed attack on drug cartel leaders for causing violence to surge, even as the incoming team offered an alternate security strategy largely devoid of details.

Interior Secretary Miguel Angel Osorio Chong opened a meeting of the National Security Council saying that under the strategy of former President Felipe Calderon, who left office Dec. 1, “financial resources dedicated to security have more than doubled but unfortunately crime has increased.”

Calderon’s policy to deploy Mexican troops and federal police officers – forces that are trained by the United States – only increased the violence, which has left more than 50,000 dead since about 2006.  “George W. Bush backed Calderón’s militarization with a $1.8 billion package of helicopters, police training, and intelligence cooperation,” wrote The New Yorker’s Steve Coll recently. “Obama has continued the program” and “has reportedly sent drones to help Mexico track cartel leaders and traffickers.”

Human Rights Watch back in November of last year released a report providing evidence that Mexico’s security forces participated in “more than 170 cases of torture, 39 ‘disappearances,’ and 24 extrajudicial killings since Calderón took office in December 2006.” And these are just what they could confirm.

“Instead of reducing violence, Mexico’s ‘war on drugs’ has resulted in a dramatic increase in killings, torture, and other appalling abuses by security forces, which only make the climate of lawlessness and fear worse in many parts of the country,” said José Miguel Vivanco of Human Rights Watch.

Despite the open criticisms, it seems unlikely that the new Mexican government will succeed in significantly altering the status quo.

The United States has been pushing a militaristic approach to the drug war for a long time. Other countries –  Colombia, Guatemala, Honduras, etc. – are suffering from a similar dilemma thanks to US pressure and the refusal to budge on a failed policy.