The US is going to “substantially increase its military presence in the Philippines, increasing the number of troops, aircraft and ships which routinely rotate through the country,” according to The Diplomat. 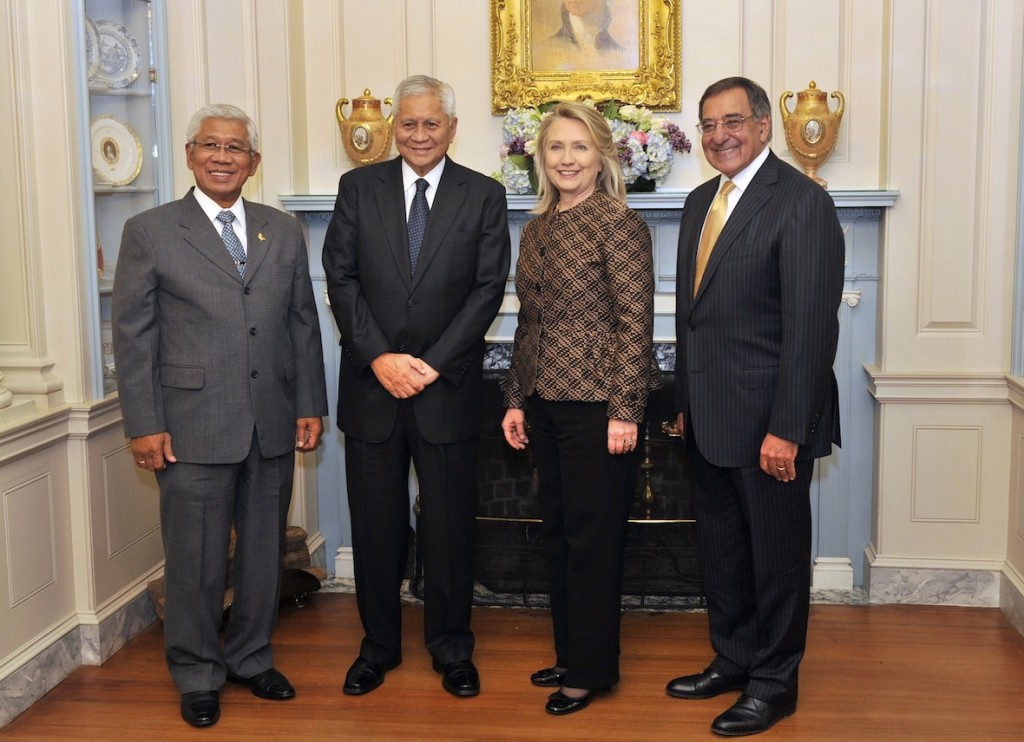 For what purpose? Well, the transparent excuse US officials gave was almost laughable: to “serve The Philippines when struggling against natural disasters.”

Of course, nobody actually believes that. Long before this decision to substantially increase US military presence in the Philippines was finalized, the US had been building up the Philippines’s military and security forces, offering funding and weapons in exchange for greater American presence in the country. The Philippines is just one of the many countries the Obama administration has been courting to greater client state status as part of their ‘strategic pivot’ to the Asia-Pacific region, which is aimed at containing China’s rising military and economic sway. Essentially, to maintain U.S. hegemony.

Washington has been building new military bases and refurbishing old ones in the region in order to lay the ground-work for an “air-sea battle” with China. The idea is to have enough US bases peppered throughout the region so that China would be too surrounded to safely attack.

In July, Human Rights Watch is again called on President Aquino of the Philippines to prosecute and put a stop to the rampant torture, extra-judicial killings, and disappearances of “leftist activists, journalists, and clergy.” Just since Obama took office, taxpayers have sent almost $700 million to the Filipino government, making it one of the biggest recipients of US military aid in all of Asia, at a time when numerous embassy cables released by WikiLeaks acknowledge systematic extrajudicial killings, abduction, and false arrests perpetrated by the US-supported security forces. That aid is likely to increase now that this new deal has been secured.

It also looks like the US is lumping in the Philippines in the war on terror. Apparently there is a small cadre of Islamic militants there, but they don’t appear to present any threat to the US. In February, Washington launched a drone strike in the southern Philippines that reportedly killed 15 people associated with these groups. It looks very much like how the US launched drone strikes at the behest of the Saleh regime in Yemen when it was clear Saleh was using the US drone war to eliminate his own domestic political enemies.

The airstrike prompted angry reactions from some in the Philippines weary of US breach of their sovereignty. One Philippine representative, Luz Ilagan, called for an end to US military intervention in their national affairs.

Ilagan also called for a probe into what she referred to as the “extensive and intensive intrusion of the US military in Armed Forces of the Philippines (AFP) operations.” She added, “If these reports are true, then US troops are participating in and conducting operations beyond what is allowed in the Visiting Forces Agreement and directly transgressing our sovereignty. More importantly, their participation in these operations is a potential magnet for the Philippines’ participation in a brewing US-instigated regional conflict.”

The US is once again using its military muscle to occupy a foreign country for the sake of its own hegemony, to the detriment of the Philippines and the security of the entire region.

70 thoughts on “US to Substantially Increase Military Presence in Philippines”