The unprecedentedly harsh economic sanctions regime Washington has imposed on Iran “really has reached its end,” according to Vali Nasr, Dean of the Johns Hopkins School of Advanced International Studies in Washington, D.C. 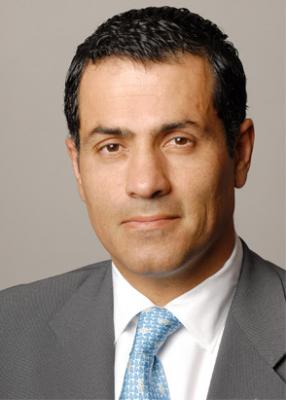 Nasr, born in Tehran, is well within the mainstream in Washington’s foreign policy elite, having worked in and out of government with people like Richard Holbrooke, John Kerry, and Richard Haas. However, he has been somewhat critical of Obama’s drone policy, the lack of diplomacy on Iran, and the continuation of some of George W. Bush’s worst foreign policy strategies.

Nasr explained that the sanctions have passed their point of effectiveness and that needlessly keeping them in place will generate “a scenario where Iran is going to rush very quickly towards nuclear power, because they also think, like North Korea, that you have much more leverage to get rid of these sanctions.”

This point is arguable. While it’s true that US policy towards Iran has long incentivized the Islamic Republic to obtain nuclear weapons as a tool of international prestige and strategic deterrence, their religious fatwas against weapons of mass destruction have proven ironclad in the past. And it is probably still the case that the majority of Iranian strategists consider the international isolation and hostility they would attract by developing weapons to be greater than any potential benefits. Still, increased aggression will continue to pressure Iran away from its commitments under the Nuclear Non-Proliferation Treaty.

Either way, the sanctions, as renowned international relations theorist Kenneth Waltz has argued, should be dropped since they “primarily harm ordinary Iranians, with little purpose.” And indeed, ordinary Iranian are being harmed as unemployment continues to rise, inflation is increasingly out of control, and the import of vital medicines for severely sick Iranians are being blocked, putting millions of lives at risk. Economies are simply collections of individual interactions between people, and the US is waging war on those interactions – and thus, waging war on the Iranian people.

Sanctions regimes have a terrible record of actually being effective altering policies in one direction or another, which is why I’ve argued – and reiterated again yesterday – that the Obama administration is either extremely stupid, or they’re perfectly rational and a change in policy is not the goal. Rather, the goal is regime change.

The case of Iraq is instructive. Washington had set out in the early 1990s claiming the purpose of the extreme sanctions on Iraq was to undermine the nuclear weapons program. And “by the first few months of 1997, Iraq had completed the disarmament phase of the cease-fire agreement and the But the US refused to lift the sanctions, and threatened to veto proposals to do so at the UN. “In the spring of 1997, former US Secretary of State Madeleine Albright gave a speech at Georgetown University in which she stated that even if the weapons provisions under the cease-fire resolution were completed, the United States would not agree to lifting sanctions unless Saddam had been removed from power.”

There seem to be two plausible scenarios for the sanctions regime on Iran. The first is that the sanctions continue to cause mass suffering for millions of innocent Iranians. The second is that the sanctions back Tehran into a corner on the nuclear issue, prompting them to dash for weapons (which, according to US intelligence, they have not yet done). These are not mutually exclusive, but neither scenario includes a diplomatic settlement where Washington is reassured of Iran’s commitment to non-proliferation and Iran is relieved of sanctions and is no longer the victim of threats of illegal war by states that are orders of magnitude more powerful militarily.

Such a conclusion is perfectly within reach, if only Washington would choose diplomacy over imperial bullying and hegemony in the Middle East. But it doesn’t seem to be in the cards for Barack Obama.