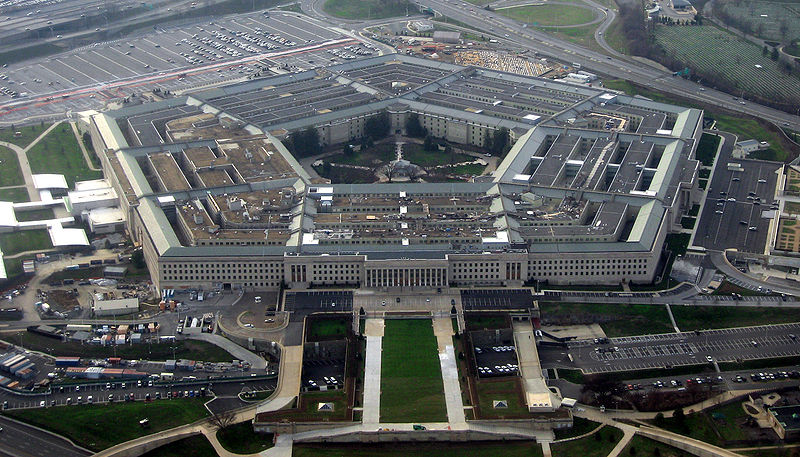 The US continues to militarize much of Latin America, spending enormous amounts of cash in order to prop up obedient regimes, train armies and militias, build new military bases, deploy more troops, and keep the military industrial complex fat and happy.

“In the most expensive initiative in Latin America since the Cold War,” reports the Associated Press, “the US has militarized the battle against the traffickers, spending more than $20 billion in the past decade.”

“US Army troops, Air Force pilots and Navy ships outfitted with Coast Guard counternarcotics teams are routinely deployed to chase, track and capture drug smugglers,” while Washington is simultaneously “training not only law enforcement agents in Latin American nations, but their militaries as well, building a network of expensive hardware, radar, airplanes, ships, runways and refueling stations,” and justifying it all under the drug war.

The US is building new military bases in Guatemala, Panama, Belize, Honduras, the Dominican Republic, Peru, and elsewhere.

Hundreds of millions of US taxpayer dollars go to militarizing the region for the benefit of Washington and its corporate collaborators, but it ends up in some very nasty places. John Lindsay-Poland at FOR details some of the human rights abusers Washington is currently supporting:

The US Southern Command (SouthCom), responsible for US military activities in Central and South America and the Caribbean, is assisting the Panamanian border police, known as SENAFRONT, by upgrading a building in the SENAFRONT compound. The force was implicated in killings of indigenous protesters (PDF) in Bocas del Toro in 2011, and fired indiscriminately with live ammunition (PDF) on Afro-Caribbean protesters last October.

And even though there is legislation that bans “most State Department-channeled military aid to the army” in Guatemala, the ban curiously “does not apply to Defense Department assistance,” and US military aid to Guatemala has increased more than seven times since 2009.

The contracts included new assistance to the Guatemalan special forces, known as Kaibiles, former members of which have been implicated in giving training to the Zetas drug cartel, as well as the worst atrocities during the genocide period of the 1980s. Two contracts, funded by SouthCom and signed in September, were for a “shoot house” and “improvements” at the Kaibiles training base in Poptun, Petén.

“In addition,” Lindsay-Poland writes, “the US military spent another $8.1 million on fuel in Guatemala last year, probably for ‘Beyond the Horizon’ military exercises held there and in Honduras from April to July, and perhaps to support the deployment of 200 Marines to Guatemala in August.”

The US has recently expanded its mission in Honduras, referred to as Operation Anvil. It is run with six State Department attack helicopters and a special team of commando-style Drug Enforcement Administration agents who have now been implicated along with Honduran security forces in the killing of innocent Hondurans on several occasions.

In June, a group of academics from around Latin America plus the US wrote a letter to the State Department protesting against the US military presence in Honduras and demanding that aid to the country’s abusive law enforcement apparatus be halted. They exposed the drug war as the farce it is, charging “we are the ones providing all the corpses in your war” and arguing that “combatting drug trafficking is not a legitimate justification for the US to fund and train security forces that usurp democratic governments and violently repress our people.”

And when Washington isn’t giving its support and training to human rights abusers, its military spending in the region exclusively helps the corporate entities in the military industrial complex. Lindsay-Poland:

Many countries that host US military activities hope to receive economic benefits and jobs as a result. But more than five of every six Pentagon dollars contracted for services and goods in the region went to US-based companies. Only nine percent of the $574.4 million in Pentagon contracts signed in 2012 (including fuel contracts) were with firms in the country where the work was to be carried out. In the Caribbean, there were virtually no local companies that benefitted from the $245 million in Defense Department contracts.

The US has a lengthy record of savage military interventionism and support for mass murderers in Central and South America. The Obama administration has dramatically increased this long historical trend. One is tempted to point out how ineffective it has been under the stated drug war justifications, given that such approaches have only bolstered the black market drug trade. But the truth is, this approach is incredibly effective in keeping obedient regimes in place, maintaining geo-political/economic/military dominance in the region, and deepening the pockets of Lockheed Martin, Raytheon, and countless other corporate welfare queens.

31 thoughts on “US Expands Military Reach in Latin America”