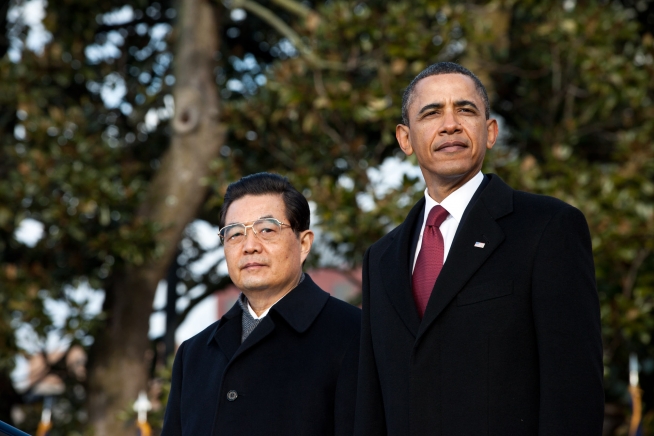 The Obama White House seems to be launching a public relations campaign against China, drumming up hatred and fear about alleged cyber-espionage activities of the Chinese government against the US. The President is reportedly even considering imposing economic sanctions on China.

This is absurd on several levels. First of all, economic sanctions are not a policy option aimed at resolving diplomatic antagonism. It is a tool of coercion with no utility except to project dominance and ratchet up hostility between nations.

Secondly, the economic ties between China and the US are unprecedented at the moment. Imposing sanctions on them now would inflict self-harm on a US economy that is already struggling.

Also keep in mind that recent reports about China’s cyber-warfare against us include no solid proof that it is condoned by the Chinese government. The US Computer Security firm Mandiant released a report identifying the city the cyber-attackers came from, but that’s all.

“What is surprising,” writes Haroon Meer at Al Jazeera, “is the unfaltering belief that since attacks come from IP addresses in the same geographic region as a [People’s Liberation Army] unit, ipso facto, the attacks are state sponsored and need some sort of government response.”

“For context,” Meer adds, “the area in question is about the size of Los Angeles and houses over 5 million people (making it roughly the equivalent of the second most populated US city). Claiming that attacks originating from anywhere in this city must imply the involvement of Unit 61398 is a stretch and ignores a raft of other possibilities.”

Even so, what if they were state-sponsored? Is this anything Washington should get on its high-horse about? The largest government-sponsored cyber-attack to date came out of Washington, aimed at Iran. And that’s not all: The US government routinely conducts cyber-warfare. Meer cites a European Parliamentary Session document from way back in 2001 that detailed some examples:

Since 2001, technology has become exponentially more capable, so the US government undoubtedly has increased such operations, in number and severity.

So China is not alone in its cyber operations. But the Obama administration’s trumpeting of Beijing’s alleged behavior is not mere happenstance.

For at least two years now, the Obama administration has engaged in an explicit policy of military containment towards China, aggressively surging military presence and activities in the Asia-Pacific and bolstering China’s regional geo-political competitors with increased military and diplomatic backing. China’s economy is growing and Beijing is becoming a more powerful state. Washington can’t have that.

So, what better way to demonize non-threatening enemies of the state than to hypocritically highlight their alleged cyber-warfare? After all, the American people need to be fed a pretext for initiating aggression towards China; a bigger economy and more geo-political sway won’t do.

In sum, Washington’s charges against Beijing should be taken with a grain of salt, to say the least. But we can expect much more talk of it as Obama’s “Asia-Pivot” evolves.