Writing at Time magazine in response to an article by John McCain advocating US intervention in Syria, Zbigniew Brzezinski – not exactly a peacenik – argues that “the Syrian conflict is a sectarian war in a volatile region whose potential to spread and directly threaten American interests would only be increased by U.S. intervention.” 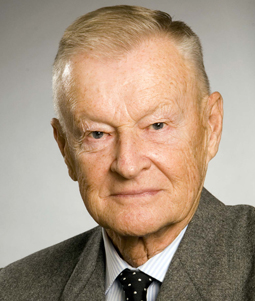 The struggle is between forces funded and armed by outside sponsors, notably Saudi Arabia, Qatar and Iran. Also participating are foreign religious groups not directly controlled by the sponsors, namely the Sunni Salafists and Iranian-aligned militias, not to mention intensely anti-Western al-Qaeda fighters. American involvement would simply mobilize the most extreme elements of these factions against the U.S. and pose the danger that the conflict would spill over into the neighborhood and set Jordan, Iraq and Lebanon on fire.

…Broader regional fighting could bring the U.S. and Iran into direct conflict, a potentially major military undertaking for the U.S. A U.S.-Iran confrontation linked to the Syrian crisis could spread the area of conflict even to Afghanistan. Russia would benefit from America’s being bogged down again in the Middle East. China would resent U.S. destabilization of the region because Beijing needs stable access to energy from the Middle East.

…The various schemes that have been proposed for a kind of tiddlywinks intervention from around the edges of the conflict—no-fly zones, bombing Damascus and so forth—would simply make the situation worse. None of the proposals would result in an outcome strategically beneficial for the U.S. On the contrary, they would produce a more complex, undefined slide into the worst-case scenario…

Leaving aside the media, which barely knows how to respond to foreign conflicts except to rally U.S. intervention, there exists only a small minority in Washington that advocates taking further action in Syria. Namely, the McCain-Graham faction and the part of the Republican party that follows their lead. Establishment voices in Washington, like the Obama administration, the Defense Department, the Aaron David Miller‘s and Zbigniew Brzezinski’s, are largely against it.

That’s how obviously stupid a U.S. war in Syria would be: even Beltway analysts know it.

26 thoughts on “Brzezinski: Syria Intervention Will Only Make it Worse”