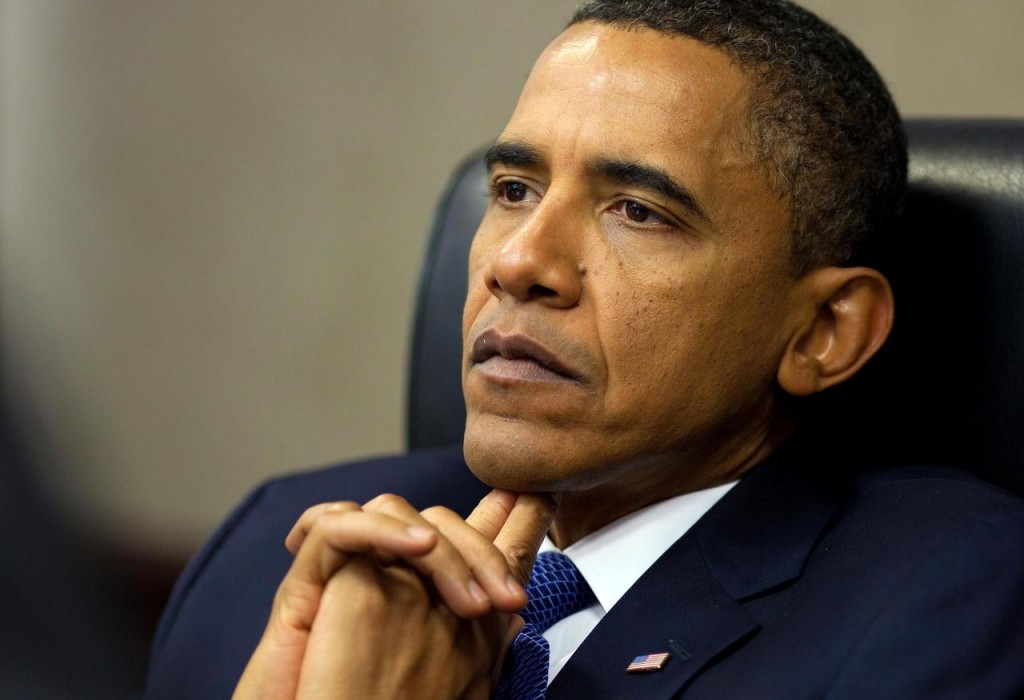 When the Iran-Contra scandal broke out, President Reagan went on national television and played dumb. He claimed he had no knowledge that high-level members of his administration were illegally selling arms to the Iranian regime and using the proceeds to fund the Nicaraguan Contra rebels, despite legislation prohibiting such aid. It was dubious at best, but he decided that being an incompetent president who doesn’t even know what’s going on in his own administration was better than being blamed for willfully breaking the law.

I can’t help but wonder if that scenario is playing itself out again. According to White House Press Secretary Jay Carney, President Obama didn’t know anything about the Justice Department’s nefarious snooping on Associated Press journalists. I find that extremely hard to believe.

According to the AP, the Justice Department monitored the work and personal phone records of more than 20 reporters and editors for months. From the very beginning of the Obama reign, there has been a war on whistleblowers, an effort to strike fear into those who might leak information to the press, a fight to make the Imperial Presidency more secret than it has ever been. Until now, the administration seemed to brazenly parade its achievement of prosecuting more people under the Espionage Act than all previous administrations. But with this latest fiasco, the administration seems to have crossed the line: now, they are too embarrassed to admit it.

“This investigation is broader and less focused on an individual source or reporter than any of the others we’ve seen,” said Steven Aftergood, of the Federation of American Scientists told The Washington Post. “They have swept up an entire collection of press communications. It’s an astonishing assault on core values of our society.”

Jacob Heilbrunn at The National Interest writes that “leaks have always plagued presidents” and that “they are a function of a national security state that has always aspired to total control in the post-World War II-era.”

“It is no small irony that Obama, who declared that he would halt the George W. Bush administration’s violations of personal freedoms, has exceeded the mendacity of his predecessors in creating a new star chamber to hunt down his detractors and enemies,” Heilbrunn adds.

The government would not say why it sought the records. Officials have previously said in public testimony that the U.S. attorney in Washington is conducting a criminal investigation into who may have provided information contained in a May 7, 2012, AP story about a foiled terror plot. The story disclosed details of a CIA operation in Yemen that stopped an Al Qaeda plot in the spring of 2012 to detonate a bomb on an airplane bound for the United States.

In testimony in February, CIA Director John Brennan noted that the FBI had questioned him about whether he was AP’s source, which he denied. He called the release of the information to the media about the terror plot an “unauthorized and dangerous disclosure of classified information.”

…The May 7, 2012, AP story that disclosed details of the CIA operation in Yemen to stop an airliner bomb plot occurred around the one-year anniversary of the May 2, 2011, killing of Osama bin Laden.

The plot was significant both because of its seriousness and also because the White House previously had told the public it had “no credible information that terrorist organizations, including Al Qaeda, are plotting attacks in the U.S. to coincide with the (May 2) anniversary of bin Laden’s death.”

…Brennan talked about the AP story and investigation in written testimony to the Senate. “The irresponsible and damaging leak of classified information was made … when someone informed The Associated Press that the U.S. government had intercepted an IED (improvised explosive device) that was supposed to be used in an attack and that the U.S. government currently had that IED in its possession and was analyzing it,” he wrote.

It’s unsurprising that the spying program was done in response to a leak on a foreign policy issue. No area invites secrecy and spying like “national security.” After all, the crowning foreign policy achievement of the Obama presidency has been, in the words of Georgetown law professor Rosa Brooks, “the unreviewable power to kill anyone, anywhere on earth, at any time, based on secret criteria and secret information discussed in a secret process by largely unnamed individuals.”

Last year, the government rejected an unprecedented amount of Freedom of Information Act requests. “The administration cited exceptions built into the law to avoid turning over materials more than 479,000 times, a roughly 22 percent increase over the previous year,” The Associated Press reported in March.

“We’ve seen a meteoric rise in the number of claims to protect secret law, the government’s interpretations of laws or its understanding of its own authority,” Alexander Abdo of the ACLU told the AP. “In some ways, the Obama administration is actually even more aggressive on secrecy than the Bush administration.”

However “irresponsible and damaging” the leaks were in John Brennan’s mind, the sweeping seizure of journalists’ phone records is a far greater scandal. This was a witch hunt to enforce the Obama administration’s demands for total secrecy. And after the leaking of internal White House and State Department emails revealing an effort to cover-up terrorist involvement in the Benghazi attacks as well as the just-released information on IRS policy of giving “special attention” to taxpayers who “criticize how the country is being run,” Obama’s second terms looks like its the biggest scandal of all.

54 thoughts on “DOJ Snooping on Journalists: A Witch Hunt to Enforce Obama Demand for Total Secrecy”