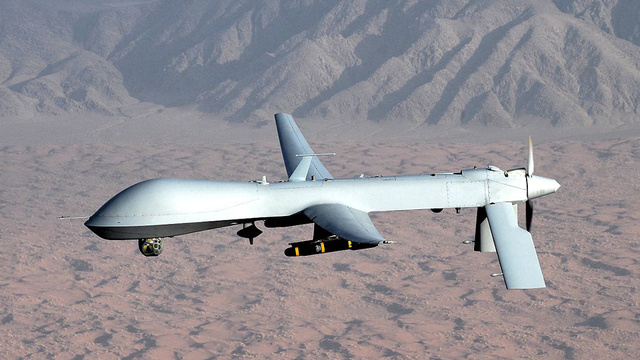 Airplanes have been used to rain death down onto hundreds of thousands of people in their 100-odd years of existence. They also changed the way that people travel. A six month wagon trip turned into a three day train trip turns into a six hour plane flight. That’s airplanes, a morally neutral technology that is both mankind’s greatest dream (flying! like the birds!) and a great tool for his stupidest God damn habit (killing people).

Drones are not as obviously useful as airplanes, since they are not for ferrying humans across countries, but that doesn’t mean they don’t have real purpose. Their defenders are right — drones can be used for film-making, search and rescue, crop-dusting, perhaps even war journalism. But people who confuse the technology with the dead Pakistani children, or with a lying government are forgiven for being unable or unwilling to remember that it’s not the drones themselves that are the problem (mostly, the tech is new…).  The killing, the surveillance  the lobbyists (yep), and the uneven application in the law is and will remain the bigger problem with drones. But they will not be un-invented, so what now?

There’s promise in drones, but it’s easy to see why their threat currently feels bigger; simple precedent. You may like the notion of the Parks Department using a drone to save a lost hiker from death by exposure, but it’s a lot more likely (or more often) that drones in the great outdoors will scope out hidden marijuana fields. And in a world where government spying on potentially everyone is forgiven, but leaking government documents means you’re a criminal, who do you think is going to horde all the surveillance muscle with drones?

A few weeks ago, the Mercatus Institute’s Jerry Brito wrote a piece advocating for freedom and innovation with drones. Brito compared drones to libertarians and tech-Utopianists’ favorite new toy, the 3D printer. Certain people — the State Department, liberals — are terrified by the concept of 3D printed objects like guns, and the aforementioned libertarians et al. are enchanted by their lawless (in a good way!) potential. Drones, Brito argues, are similarly full of possibilities. So to restrict them with even well-meaning laws will be clipping the wings of innovation. If we do that, we’ll never know how far these babies can fly.

Brito’s piece is worth reading, and the concept of wait before you regulate would do the world a lot of good. But if we still want to put the breaks on cop and state use of drones, can we? Can we really pick and choose whose drone use we are restricting? That seems sadly unlikely.

In recent months, there has been a distinct back-lash against drone use. Much of this is based on sound fears of government  and police overreach. But if we pass laws too sloppily, what Brito fears may come true — drones restricted for you and I may not mean the local police department won’t find their way into acquiring one.

The Texas Privacy Act makes it a misdemeanor the use aerial surveillance bots to film any person or private property “with the intent to conduct surveillance.” But it also carves out a whopping 40 exemptions. According to the bill’s text, law enforcement officers will have wide authority to use surveillance drones both with and without a warrant, in order to survey crime scenes or pursue individuals when police have “reasonable suspicion” that they have committed a crime — among a host of other circumstances. The bill also has broad exemptions for oil and electrical companies, real estate agents using drones for “marketing purposes,” educational institutions, and surveilling areas within 25 miles of the Mexican border.

But private citizens, journalists, and other organizations wouldn’t get the same treatment.

It’s nice to think about putting off the drone-topia that everyone is sure will appear. But cops and military always find a way to get the hottest new tech. And John Yoo’s is wrong (what a surprise!), private drone use may present some problems, but that’s not what should be keeping privacy advocates, peaceniks, or libertarians up at night. Like cameras, drones in the hands of private citizens could prove to be powerful weapons against government overstepping. And like cameras, or guns, or 3D printers, governments are going to be very interested in taking that weapon out of the hands of civilians. A great way to do that might just be hasty laws like the one passed in Texas.

14 thoughts on “Is There a Way to Stop Police and Military Drones Without Stifling Private Innovation?”