President Obama is expected to make an announcement this week on whether his administration will begin arming the Syrian rebels in their suddenly uncertain effort to topple the autocratic regime of Bashar Assad. All signs point to a lifting of the White House restriction on “lethal assistance” to the rebellion for the first time since the armed resistance began two years ago. 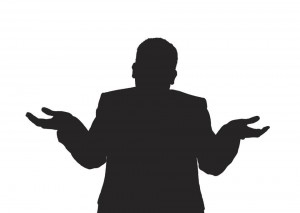 This would mark a major development in U.S intervention in the civil war, which has been complicated by the infusion of radical Sunni extremists from outside the country, as well as the Iranian proxy Hezbollah, and untold resources for both Assad and the rebels, from the Gulf States on one side, and Russia on the other. Millions of refugees are pouring over the borders and into the already beleaguered states of Jordan and Lebanon. The Sunni resistance in Syria is sparking a Sunni resistance in Iraq, whose sectarian tensions mirror those of its neighbor and threaten to boil over at any time.

And how much did the giant annual convocation of national security state interests sponsored by the Center for a New American Security (CNAS)  talk about this on Wednesday?

In fact, the “pivot to China” (or “pivot to the Pacific”) was a much more attractive topic of conversation today – in fact an entire panel was dedicated to “the future rebalancing to China” this afternoon, proving again that the defense community loves girding up for conflicts that are less likely to happen much more than a) learning lessons from real wars that aren’t quite over yet, or b) talking about very real intervention in a very real tinderbox much closer to our supposed “threat zone” in the Middle East.

This was reflected in the prepared remarks and in the back-n-forth banter by the featured guests throughout the morning, including Deputy Secretary of Defense Ashton Carter, who, when asked by a Reuters reporter about the Pentagon’s preparation for Syria, said simply, “I don’t have anything for you.” He barely uttered the word Afghanistan, other to say the government will keep funding the war.

Interestingly, Sen. Bob Corker, R-TN., the author of the Syria Transition Support Act with Sen. Bob Menendez, D-NJ., which passed the Senate Foreign Relations Committee 15 to 3 last month, was the only one to talk extensively about Syria and that was because he is so gung-ho to get in there.

“We are the only county that has the ability to bring all the neighbors in the region together,” he said, pretty optimistically, considering the “neighbors” are already involved and doing their own thing. They are also a bit irritated with the U.S for not “bringing all the neighbors together” when it was more feasible, that is, before every foreign proxy including al Qaeda started popping up in the country.

“What is of great international interest right now is the aftermath of Assad and the great war that is happening right now,” Corker added. Also optimistic, considering that Assad’s forces are on the march toward taking the strategic strongholds of Homs and Aleppo and look less likely to negotiate than ever.

“We have to change the balance of power,” the senator insisted, and help push things toward a negotiated settlement. “I do believe, this is the very best way forward and if I could make a bet …I bet that is what the president is going to to.”

The level of excitement in the room after this rousing plea for intervention was somewhere between zero and “meh.” Quietly, afterward, some national security types (both Marines and Air Force) told me they didn’t think there was any enthusiasm from the military for pushing our way into the Syrian mess. That seems to be an understatement.

Last summer, the Pentagon was on board with a plan by Secretary of State Hillary Clinton and then-CIA Chief David Petraeus to send arms to the rebels. By April, Joint Chiefs Chair Gen. Martin Dempsey was backing off from that position and Sec. Def. Chuck Hagel was saying military involvement would be a bad idea.

Who knows who might convince the President otherwise as they continue these hot discussions in the White House this week. It looks like my friend Gareth Porter was right the other day when he said the “National Security State,” which includes the armed services, the Pentagon, and the Joint Chiefs, “are fine with what is going on in Syria” as of this moment. “But getting involved, it would be a tax on their resources,” and that the “cost to the National Security State would be greater than the benefit” of getting involved.

Talk about Nat Sec State interests — these are CNAS’s financial supporters here.  Most likely a good number of them had representatives at today’s conference. That most of the talk in the morning evolved around the budgets — how the Pentagon was going to work with sequestration, how it would survive with leaner budgets, indicates where the hive’s head is right now (on itself). They only want to know where the next-gen threats are in as much as they can offer new opportunities for federal contracts.

Not surprisingly, CNAS’s 7th Annual Conference was called “Looking Forward: U.S National Security Beyond the Wars.” After COIN fell this crowd couldn’t wait to get away from the war fast enough (interestingly, CNAS just issued a paper on “Toward A Successful Outcome in Afghanistan,” yet no panel was arranged to discuss it). CNAS seemed perfectly happy to talk budgets, China and Cyber, energy and whatever the room full of suits wanted. Painful strategy debates involving protracted conflicts (we still don’t know how many troops will be left behind in Afghanistan after 2014) and a possibly messy intervention that may in fact be decided this week, were not on the docket.

Guess it just wasn’t in their “interest.” 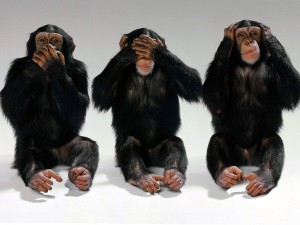