So the planned furloughs for some 650,000 civilian workers at the Department of Defense have begun. Roughly speaking, this will mean about a 20 percent cut in each paycheck until September. This is supposed to save the Pentagon $1.8 billion, which is a drop in the bucket in the savings they are supposed to be making elsewhere (and could be — like in runaway health care and retirement costs, over-extended and unnecessary weapons programs, rampant redundancies and war waste) in the budget. But putting workers on the chopping block appears to be the politically expedient way for the Pentagon to get headlines in protest of sequester, and really, who cares about civilian pay anyway? They’re just federal drones who probably make more money than they deserve, right? 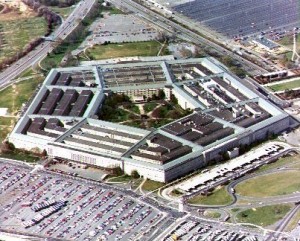 Well, truth is, while Planet DoD may have created too many jobs sucking up our dwindling taxpayer resources, the civilian jobs range from the executive all the way down to the secretary, with every pay scale in between. They also include, as we’re reading today, mental health care providers for servicemembers suffering from traumatic brain injury (TBI) and post-traumatic stress disorder (PTSD). From Stars and Stripes today:

“My provider is a civilian facing furlough,” (Cpl. Eric )Smith said. “Before the furloughs she wanted to see me once every 10 days, but that couldn’t happen because of her patient load. Now the furlough is just going to push my treatment days even further apart.”

Smith, who suffered a Traumatic Brain Injury during one of his two deployments to Afghanistan, was diagnosed with post traumatic stress disorder and major depressive disorder in 2010.

Smith compared a cognitive therapy group he attends to Alcoholics Anonymous but for service members suffering from PTSD — and says it has been the most therapeutic treatment he has been afforded.

“I’m not nervous about what will happen to me with these furloughs — I’m over the hump in treatment,” Smith said. “I’m worried about the one’s just starting out. They’re the one’s we need to watch out for.”

As this one writer points out, the size of the civilian workforce has gotten out of control. We know that, and something needs to be done about it before we can bring the defense budget back into balance with reality. But it would seem there is no serious plan for reducing it in any practical way that tackles real waste and redundancy first, while protecting individuals from abrupt financial strain and from losing necessary services to boot. As this story today about one of the latest soldier-suicides suggests, politically expedient Band Aids may not have quite the effect the spinmeisters in the E-Ring were looking for. In fact, in some quarters, it may make things a whole lot worse.