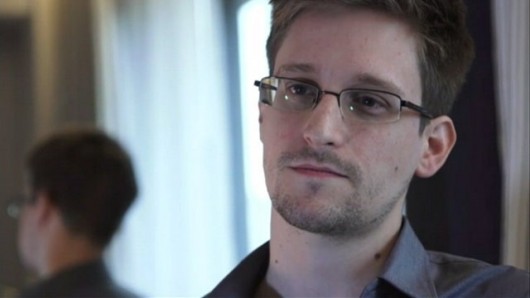 From the Guardian’s letters section:

More than 150 civil society organisations from around the globe are asking President Barack Obama to end the prosecution of Edward Snowden (Activists stage second national day of protest against NSA’s domestic spying, 4 August).

Human rights, digital rights and media freedom campaigners from the UK to Uruguay and from the US to Uganda have joined together to call on the US administration to acknowledge Snowden as a whistleblower. All of us ask that he is protected and not persecuted.

Snowden’s disclosures have triggered a much-needed public debate about mass surveillance online everywhere. Thanks to him, we have learned the extent to which our online lives are systematically monitored by governments, without transparency, accountability or safeguards from abuse.

Rather than address this gross abuse, the US government has chosen to shoot the messenger. It has revoked his passport and obstructed his search for asylum. European governments have been quick to help.

The knock-on effect will be to encourage others to follow by example. States that have even less regard for their citizens will justify attacks on those who put themselves at significant risk to expose wrongdoing and corruption or raise matters of serious public concern.

Snowden has also been nominated for the Nobel Peace Prize. These kinds of public displays of support for Snowden-as-whistleblower instead Snowden-as-criminal are critical in continuing to embarrass the Obama administration for seeking to punish someone for revealing government wrongdoing and abuse.

“The U.S. authorities’ relentless campaign to hunt down and block whistleblower Edward Snowden’s attempts to seek asylum is a gross violation of his human rights,” Amnesty International said in a statement last month. “It is his unassailable right, enshrined in international law, to claim asylum and this should not be impeded.”

Still, what will ultimately hinder the administration’s pursuit of Snowden is not public outcry, it’s Snowden’s ability to evade the U.S. and maintain his protected asylum status. His temporary asylum status was granted in Russia for one year, although it is renewable without limit. Presumably he still aims to seek asylum in Latin America, which he has good chances of doing if he can manage to travel. Last time Washington thought he got on a plane, European governments were pressured to forcibly down Evo Morales’s plane in violation of international law. So, it doesn’t look like any punches will be pulled.