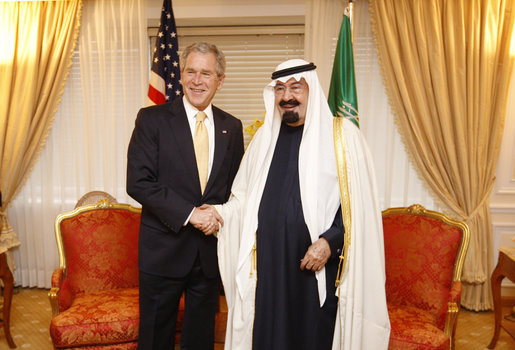 Robert Gates’s new memoir, which I’ve mentioned I’m making my way through, has a nice example of how dangerous entangling alliances can be. Not only does Gates write frankly about how U.S. interests are subordinated to those of our weaker allies, but he is unusually candid about the Bush administration’s use of force in the Middle East, describing it as “preventive” (which, of course, is another way of saying “war crime”).

In 2007, Israel shared intelligence with the U.S. about a nuclear enrichment facility in Syria that had some connection to the North Korean regime. Israel, according to Gates, explicitly wanted the U.S. to take military action because the reactor represented “an existential threat” to Israel. Needless to say, Israel, along with many members of the Bush administration, did not care a wit about the effect this would have on U.S. interests.

Just one of the risks, as Gates writes, was that “any overt U.S. preemptive attack will cause a firestorm in the Middle East, Europe, and the U.S. Efforts to prove out case against Syria and North Korea, based on current available intelligence, will be unsuccessful or regarded with deep skepticism. U.S. military action will be seen as another rash act by a trigger-happy administration and could jeopardize our efforts in Iraq, in Afghanistan, and even with respect to missile defense in Europe. It would be seen as an effort to offset or distract from failures in Iraq.”

And those were just some of the risks. There were others associated with an Israeli-led strike and Gates advised President Bush to tell Israel not to attack. Instead, several administration officials that Gates describes as “very pro-Israel” advocated giving Israel the green light. According to Gates, “the United States was being held hostage to Israeli decision making.”

In September, Israel bombed the reactor in what administration officials nicknamed the “Tojo option – referring to the Japanese prime minister who order the surprise attack on Pearl Harbor.”

Aside from Syria, a much bigger worry was the entangling alliances Washington had with Israel and Saudi Arabia that relegated Iran to permanent bogeyman status. “I worried about the influence of the Israelis and the Saudis in the White House, particularly Prime Minister Olmert and King Abdullah, and their shared desire to have problems like Iran ‘taken care of’ while Bush was still president,” Gates writes.

Gates then describes a meeting with the Saudi King Abdullah, in which he explicitly demands that the U.S. bomb Iran on behalf of Saudi Arabia:

Abdullah, a heavyset man in his eighties with a history of health problems, was very sharp and did not mince words as he smoked one cigarette after another. He wanted a fill-scale military attack on Iranian military targets, not just the nuclear sites. He warned that if we did not attack, the Saudis “must go our own way to protect our interests.” As far as I was concerned he was asking the United States to send its sons and daughters into a war with Iran in order to protect the Saudi position in the Gulf and the region, as if we were mercenaries. He was asking us to shed American blood, but at no time did he suggest that any Saudi blood might be spilled. He went on and on about how the United States was seen as weak by governments in the region. The longer he talked, the angrier I got, and I responded undiplomatically. I told him that absent an Iranian military attack on U.S. forces or our allies, if the president launched another preventive war in the Middle East, he would likely be impeached; that we had our hands full in Iraq; and that the president would use military force only to protect vital American interests.

It has been known that the Saudis take this position in private talks with U.S. administrations, as we learned from classified State Department cables released by WikiLeaks, Abdullah “has repeatedly urged the United States to attack Iran’s nuclear program,” at one time even advising the U.S. to “cut the head off the snake,” a comment many considered to be an ill-concealed metaphor for regime change. But what Gates describes is particularly outrageous.

The other thing that strikes me in this account is the way Gates openly refers to the Bush administration’s attack on Iraq as “preventive war,” a doctrine widely understood to qualify as a war crime. Absent from Gates’s description of the war on Iraq is the pretexts that continue to be referenced by its advocates, that America and the world were gravely threatened by Saddam’s alleged weapons of mass destruction and nefarious ties to terrorism. This indicates to me that it’s likely Bush officials didn’t actually believe the attack on Iraq was legal…they just thought the law doesn’t apply to them.