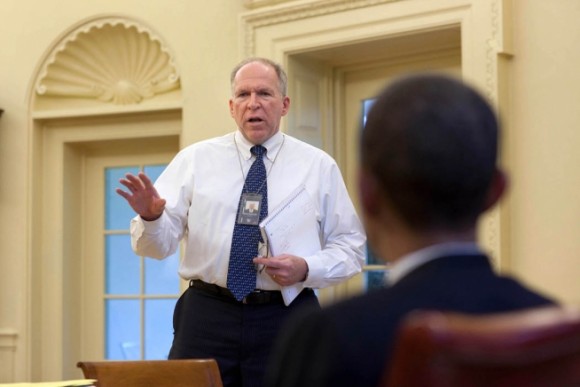 Imagine you commit a heinous crime. Then imagine that, once facing charges in court, you’re allowed to withhold incriminating evidence brought forth by the prosecutors, keeping the jury in the dark about the details of your lawbreaking. Further, imagine you commit more crimes while on trial and imagine the judge enables and covers up these additional offenses.

Who would call this a fair trial? Clearly, it’s nothing but a mockery of the rule of law.

But that’s essentially how the Senate investigation into the CIA’s Bush-era torture program has proceeded and the chaos seemed to have hit its zenith with Sen. Dianne Feinstein’s testimony on the floor of the Senate on Tuesday. She accused the CIA of violating formal agreements with the Senate Intelligence Committee investigating its torture program, and of violating “the Fourth Amendment, the Computer Fraud and Abuse Act, as well as Executive Order 12333, which prohibits the C.I.A. from conducting domestic searches or surveillance.”

The story she told is appalling, but it is also convoluted. Below is a short-list of things that stuck out to me.

Throughout all of this, President Obama has been almost completely silent – at least publicly. Behind the scenes, it seems clear he has colluded with the CIA in its implacable campaign to obstruct justice and keep crimes of the highest order from being revealed to the public. This collusion goes back a long way, in fact back to Obama’s first days as president in which he refused to initiate an investigation of his own into the torture and interrogation program, swearing off any pursuit of accountability for Bush-era crimes with the ludicrous missive “looking forward not backward.”

President Obama, for his part, is going even beyond the CIA’s flagrant attempt to cover up its crimes. According to McClatchy, “The White House has been withholding for five years more than 9,000 top-secret documents sought by the Senate Select Committee on Intelligence for its investigation into the now-defunct CIA detention and interrogation program.”

Notably, these 9,000 documents “are separate” from any of the 6.2 million documents provided to the Senate committee investigators by the CIA in those supposedly secure facilities. These are documents that are apparently regarded as even more revealing and incriminating than the millions the CIA has already been compelled to provide, raising questions about just how extreme the content of them are. When you add this to Obama’s refusal to declassify the Senate’s 6,300 page report, it is simply disgraceful.

“These documents certainly raise the specter that the White House has been involved in stonewalling the investigation,” Elizabeth Goitein of the NYU Law School’s Brennan Center for Justice told McClatchy.

John Brennan, the current CIA director and close confidant of President Obama, has denied the testimony from Feinstein unequivocally. He said, “Nothing could be further from the truth. We wouldn’t do that.” My personal opinion when I view the video of his denial is that he is shamelessly lying, and rather obviously so. You’d think the CIA director would be able to do it better.

Anything less than the full and complete disclosure of all the relevant documents is unacceptable.