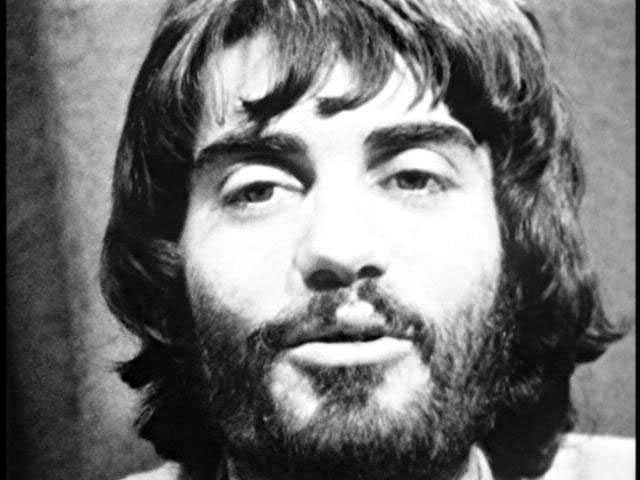 If you wrongly guessed Charles Manson, you could hardly be blamed, especially since he’s been in the news again recently. As you can see from the picture of the real Manson below, this skinny young long-hair could have played the infamous mass murderer in a biopic with nary a trip to hair-and-makeup.

Yet the man in the black and white photo is also a serial killer and mass murderer, even though hardly anybody even knows his name. He openly confessed to his murders on film, and yet has not been charged for a single one. He would never have borne any punishment at all, had he not had, to his credit, imposed on himself a career of activism-as-penance.

The mass murderer is Sergeant Scott Camile, and he was an American soldier in the Vietnam War. Like Chris Kyle, Camile participated in an immoral, imperial invasion of a poor country, driving townspeople and villagers from their homes, and massacring them in their homeland.

In 1971, Camile voluntarily testified in the non-governmental, antiwar Winter Soldier Investigation. These were among his confessions:

“And it got to be where it was like someone says okay, ‘You come stay on my farm and you can go hunting everyday for free and I’ll give you all the ammo you want and you can hunt and there’s no limit and you can go and all go out together and just hunt.’ It was like a hunting trip. The more people we killed the happier our officers were, you know. It got to be like a game. The object was to see who could kill the most people and the different ways you could prove how many people you had killed would be like cutting off ears. Now if you brought back someone’s ears, pretty likely you’d have to kill them to get them. And people would, whoever had the most ears they would get the most beers. You’d trade your ears for beers. And it got to be like a game. (…)

When recently watching this part of Camile’s testimony in the documentary Vietnam: American Holocaust, I was struck by his resemblance to Manson. Then it came into focus for me that this young man probably unjustly ended the lives of far more men, women, and children than Manson himself. After all, was the life of a Vietnamese whose only “crime” was not understanding an American’s command really worth so much less than the life of Manson victim Sharon Tate, just because the latter was pretty, blonde, famous, and American? Was plunging a dagger into the body of that man in a fit of petulant frustration so much less of a crime than the Manson Family’s stabbing of Tate? He was a real man with an inner life just like you and me, with loved ones, hopes, and fears!

And yet, the only reason we even know the details of Camile’s murders is that he is one of the very few Vietnam War soldiers man enough to confess to them, and humane enough to strive to prevent future murders by telling his story. A significant portion of his generation of fellow young men, many of whom also looked, dressed, and groomed just like “groovy” Manson, also each racked up their own Manson-exceeding body count in Vietnam, Cambodia, and Laos: a whole generational cohort of reluctant Charles Mansons (many far less reluctant than others).

Such is the baleful power of statism. Such is the viciousness of obedience.

Am I egregiously not “supporting the troops”? Am I scapegoating young men who risked their lives in an impossible situation for a war that was launched and prolonged by soft-handed men like Lyndon Johnson, Robert McNamara, Curtis Lemay, Richard Nixon, and Henry Kissinger? For crimes as great as this, there is plenty of blame to go around. And “following orders” should be as little an excuse for US military hands-on murderers as it was for the Nuremberg defendants. As Paddy Chayefsky wrote, “We perpetuate war by exalting its sacrifices.” We also perpetuate war by absolving its direct perpetrators.

Yet, we have gone far beyond absolution, and onward to reward and glorification, both for Vietnam War policy-makers and policy-followers, and especially for the most blood-soaked among them.

Take, for example, Henry Kissinger, who sabotaged the peace talks in 1968 for the benefit of then President-elect Richard Nixon, oversaw the Nixon Administration’s secret expansion of the war into Laos and Cambodia (which led to the rise of the Khmer Rouge in the latter), and helped to more than double the War’s body count. Counting the Khmer’s victims, the blood of millions is on his hands, making Charles Manson look like a no-account amateur. Yet, today he is a feted statesman, a foreign policy “sage,” and an influence-peddling multimillionaire. You can watch a recent video of him sitting in his grand office as comedian Stephen Colbert merrily dances around him to the pop hit “Get Lucky.” This is how war criminals spend their golden years in the U.S. of A.

Even among actual soldiers, it seems to be those who exceed Manson the most who become the most exalted. And upon elevation, they typically compound their crimes by sending young men of yet another generation into war.

After surviving the 1967 USS Forrestal fire in which 134 American sailors died, Lieutenant Commander John McCain flew his A-4 Skyhawk to Saigon, and the very next day met up with a New York Times reporter, confessing to him:

“It’s a difficult thing to say. But now that I’ve seen what the bombs and the napalm did to the people on our ship, I’m not so sure that I want to drop any more of that stuff on North Vietnam.”

Yet, after that brief flickering of awareness of shared humanity, McCain persevered in his lethal mission, incinerating far more human beings than ISIS ever did. Now he rains death from the skies by proxy as a famous, revered, and powerful senior Senator and the foremost war hawk in the US Federal government.

In 1969 Lieutenant Bob Kerrey led a commando raid on a peasant hamlet in the Mekong Delta in which he and his men killed at least 13 unarmed women and children. Not even Manson stooped to killing little kids. He, like McCain, became both a Senator and a Presidential candidate. The story of the massacre wasn’t revealed until 2001. While he expressed severe war guilt, he was able to rise above it enough to vote for the bombing of Kosovo in 1999.

Then there is John Kerry. As Lew Rockwell has wrote, Lieutenant Kerry:

“…first came to public attention when he ran a ‘swift boat’ in the US war on Vietnam. He delivered and picked up the CIA’s Operation Phoenix death squads, which targeted civilian leaders who, for some strange reason, did not want the USG occupying their country, and killing 6–8 million people.”

After serving as a “wheel man” for state terrorists, Kerry, like Sergeant Camile, participated in the Winter Soldier Investigation and spoke out against the war in which soldiers, in his words, “had personally raped, cut off ears, cut off heads,” “cut off limbs, blown up bodies,” “randomly shot at civilians,” and “razed villages in a fashion reminiscent of Ghengis Khan.” He famously asked, “How do you ask a man to be the last man to die for a mistake?” Now, as Secretary of State he regularly visits Iraq and Afghanistan, effectively asking remaining US troops there to be willing to be among the last to die for yet another mistake. Otherwise, this former Senator, past Presidential candidate, and current billionaire keeps busy fomenting war in Syria and Ukraine, and provoking confrontation with nuclear Russia.

How can we be so sick as a culture as to send waves of our precious sons halfway around the world to make Manson-surpassing mass murderers of them, and then when they come home and grow older, lift those who took on the role most readily to the highest echelons of wealth, fame, and prestige? I can only answer with the last words of Sergeant Camile’s Vietnamese stabbing victim.

11 thoughts on “Mansons on the Mekong”