Have any of you readers had the trouble Ray has experienced in getting the following photo out his mind? 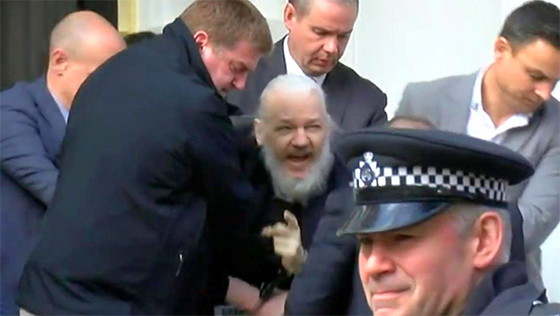 Ray’s hair/beard grows in disheveled witness to the uncivilized treatment accorded his admired friend Julian. Why such treatment? For publishing truthful information highly embarrassing to war criminals and others who dread the possibility that their crimes will come to light. 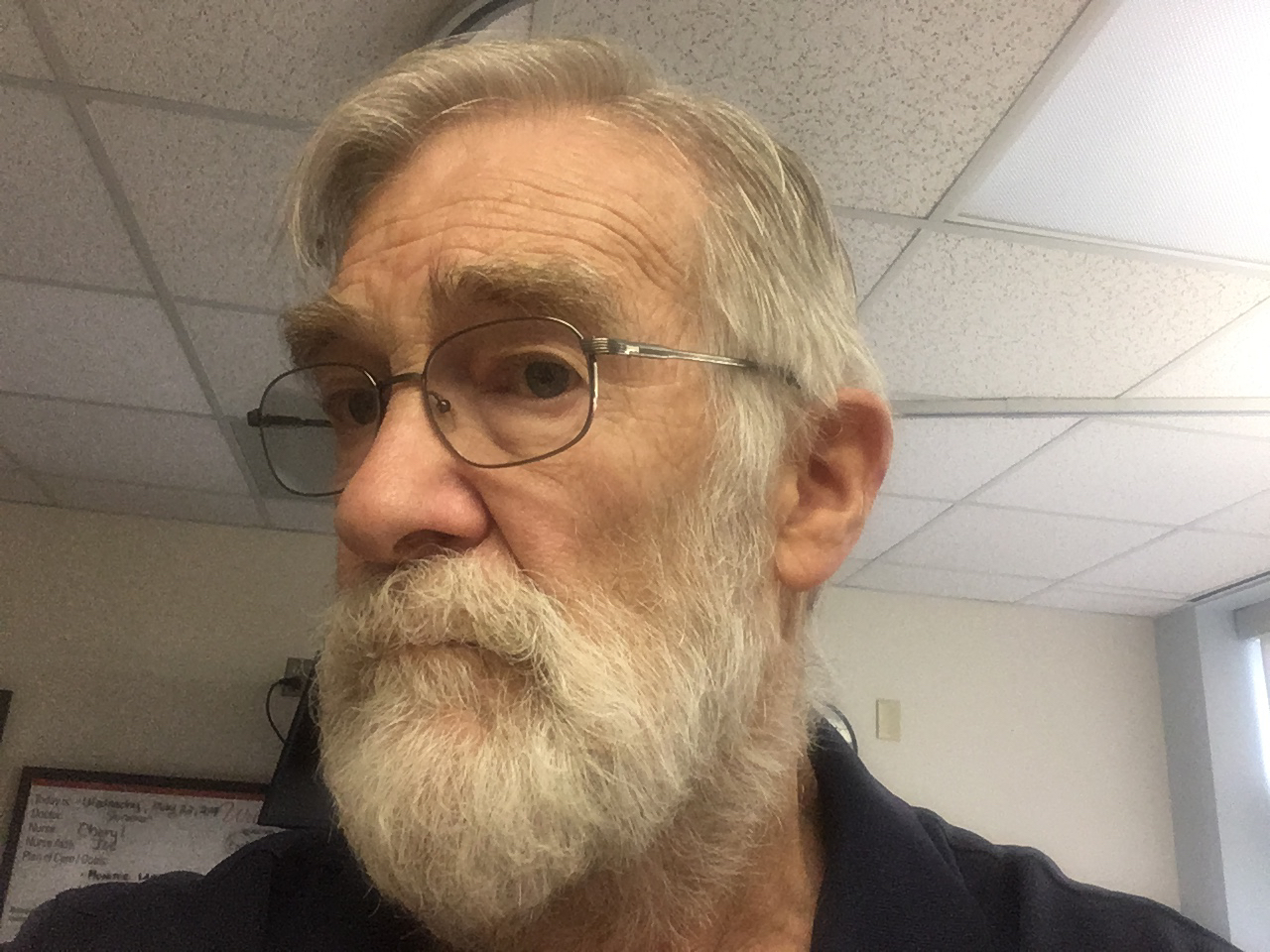 Could this, or something similar, spark a movement? Might Justice-for-Julian women adopt some kind of solidarity symbol of their own? 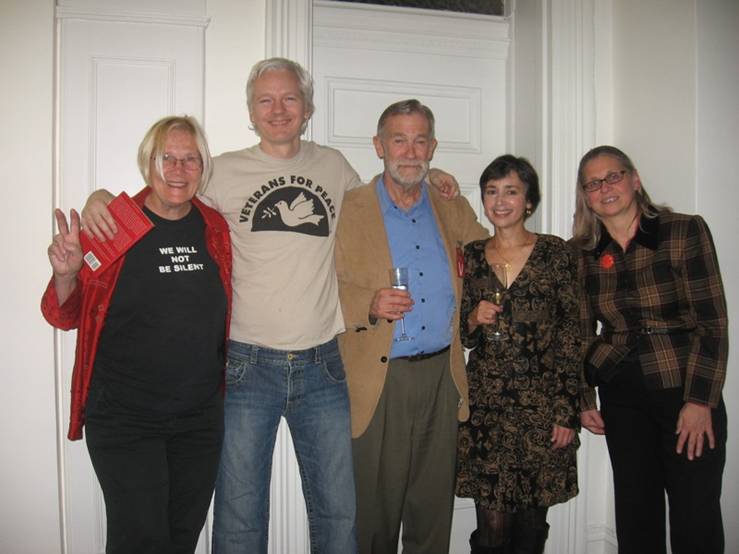 The above photo recalls happier times visiting Julian in Ecuador’s embassy in London, before the Ecuadoran government caved in to U.S. pressure to flaunt international law, end his political asylum, and let the British put him in prison. In late January 2013 Julian hosted a dinner, inviting a dozen friends including members of Sam Adams Associates for Integrity – some of whom are pictured above with Julian (Ann Wright, Ray McGovern, Elizabeth Murray, and Coleen Rowley). They were on their way to a Sam Adams award ceremony the following evening at the Oxford Union.

Julian, himself the Sam Adams laureate in 2010, was live-streamed into the august precincts of the Oxford Union the next evening and gave a presentation lauding the courage of the 2013 Sam Adams honoree Thomas Fingar. Tom, a former Assistant Secretary of State for Intelligence, was given the Sam Adams award at the traditional annual ceremony*** hosted that year by the Oxford Union.

Most notably, Fingar supervised a National Intelligence Estimate issued in November 2007, in which all agencies of the US intelligence community agreed that Iran had stopped working on nuclear weapon at the end of 2003. There is lots of evidence, including in George W. Bush’s own memoir, showing that this NIE played a huge role in preventing the attack on Iran that Bush, Cheney, and Israel had been planning for 2008.

As for Julian Assange, in summer 2013 he played a key role in enabling whistleblower Edward Snowden to escape from Hong Kong and avoid the fate that seems likely now for Julian, unless we all put our backs to the wheel to prevent it. (Julian’s deus-ex-machina intervention on behalf of Ed is another HUGE reason Julian sits atop Official Washington’s WANTED list.)

In October 2013, a small delegation of Sam Adams Associates flew to Moscow to present the award to Ed Snowden.

***For additional information on the Sam Adams Award, including the citations accompanying the various annual awards, please click on: samadamsaward.ch. Also related: https://raymcgovern.com/2019/05/26/iraq-all-over-again-and-where-is-katharine-gun/

Ray McGovern works with Tell the Word, a publishing arm of the ecumenical Church of the Saviour in inner-city Washington. His 27-year career as a CIA analyst includes serving as Chief of the Soviet Foreign Policy Branch and preparer/briefer of the President’s Daily Brief. He is co-founder of Veteran Intelligence Professionals for Sanity (VIPS). Reprinted with permission from his website.

2 thoughts on “The Julian Assange Beard (JAB) Movement: A Suggestion”