The death toll in Yemen has reached over 91,600 according to the Armed Conflict Location & Event Data Project (ACLED). The ACLED records that 4,500 direct civilian targeting events resulted in 11,700 recorded civilian fatalities since the US-Saudi led coalition invaded Yemen in 2015. Around 67% of all reported civilian fatalities since 2015 have been caused by US-Saudi led coalition airstrikes. 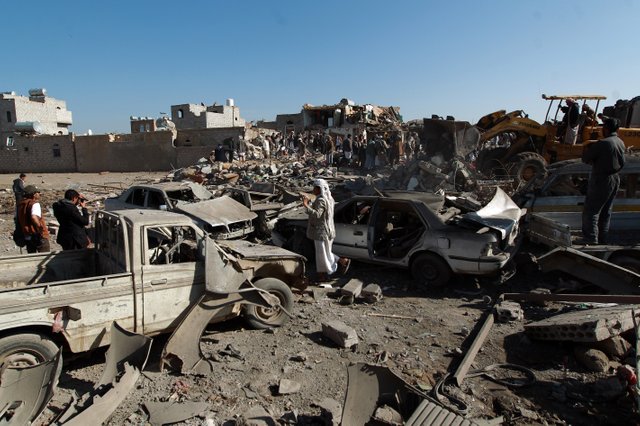 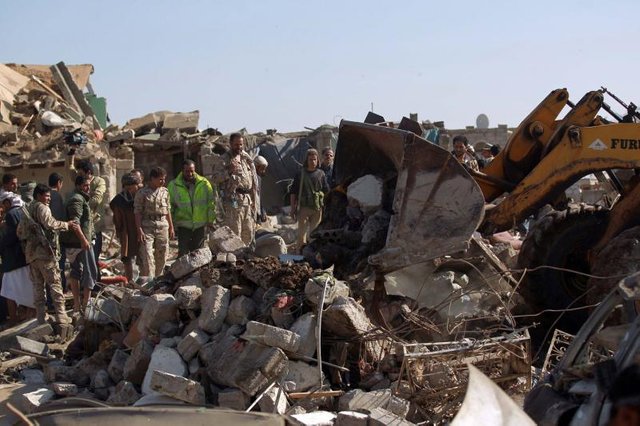 The violence in the port of Hodeidah became so bad that it garnered international attention resulting in the Stockholm Agreement, but this did not halt the violence. Intense fighting continued throughout Ad Dali, Hajjah, and Taiz while the fighting slowed in Hodeidah because of the Stockholm Agreement. According to ACLED, there was only a slight decrease in civilian fatalities during this ceasefire. 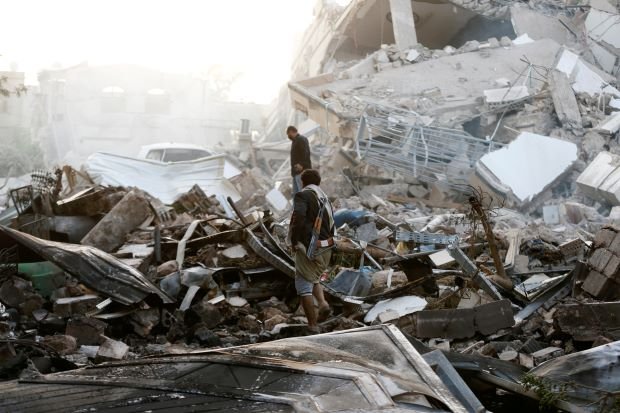 “Around 67% of all reported civilian fatalities in Yemen since 2015, resulting from direct targeting, have been caused by Saudi-led coalition airstrikes, making the Saudi-led coalition the actor most responsible for civilian deaths. As the graph below demonstrates through the spikes between 2015-2016 and at the end of 2018, air and drone strikes were especially deadly for civilians in 2015 and during the Hodeidah offensive in 2018.” – ACLED 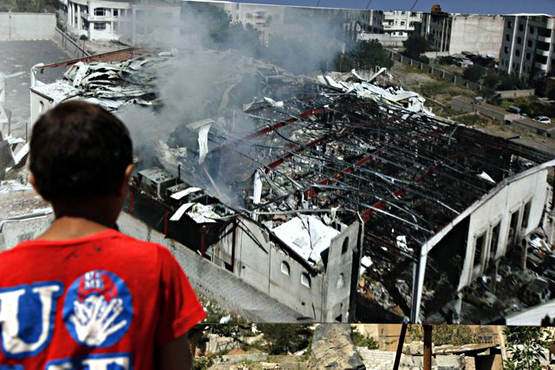 The Houthi Rebels are not innocent in this conflict by any means and have cause nearly 2,000 civilian deaths since the conflict started in 2014. The Houthis are known to have planted over 1 million land and sea mines throughout Yemen making Yemen the “most mined nation since World War II.” Before the first Saudi air-raid on March 25th, 2015 citizens in Yemen rejected the Houthi movement and protested against the Houthis in the streets of Yemen. This anger quickly shifted to Saudi Arabia as they began to indiscriminately target civilians with airstrikes. 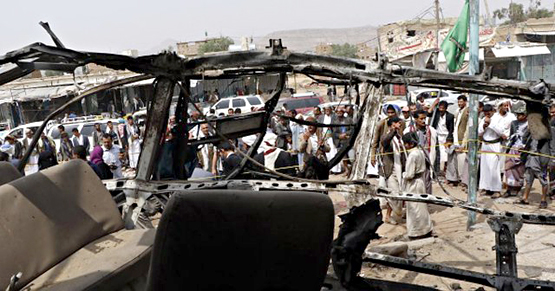 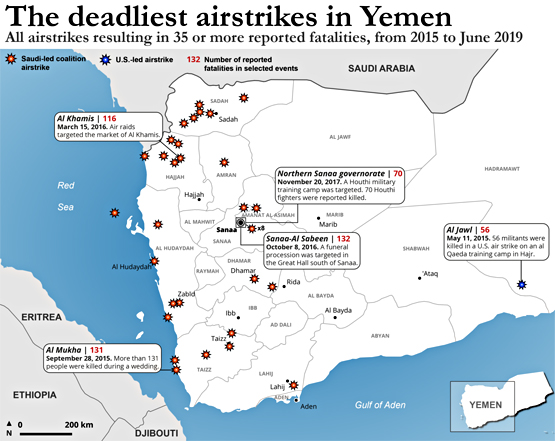 There is currently a bipartisan push in the House of Representatives to stop selling arms to Saudi Arabia and to end all U.S. involvement in operations in Yemen. A similar effort led by Bernie Sanders (D) and Mike Lee (R) passed a vote in both the Senate and the House earlier this year but the bill was vetoed by President Donald Trump. With 91,600 human beings killed in this conflict, the humane thing to do is to stop sending bombs to Yemen and start sending humanitarian aid. The Houthi Rebels alleged “Iranian influences”, Al Qaeda or ISIS are not valid excuses to bomb one of the poorest nations in the world with no regard for human life, this is not a political issue nor a matter of US national security this is about human rights and one of the worst man-made humanitarian catastrophes in recorded history.

Joziah Thayer is a researcher with the Pursuance Project. He founded WEDA in 2014 to combat mainstream media narratives. He is also an antiwar activist and the online organizer behind #OpYemen. This article was originally published on his website and is reprinted with permission.