BringOurTroopsHome.us reports on the progress of getting state legislatures to prohibit use of their National Guards in illegal wars around the world. 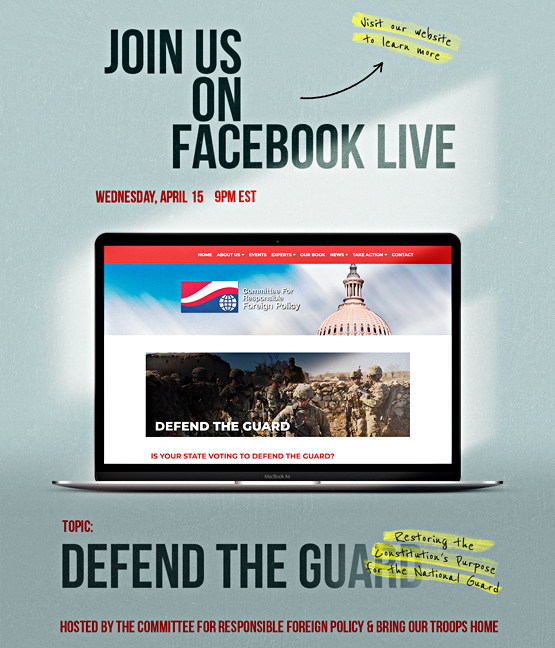 Bring Our Troops Home is dedicated to ending American involvement in endless wars in the Middle East and bringing our troops home. Further, we are committed to advocating for a change in U.S. foreign policy that does not automatically default to military intervention. And finally, we insist that the Constitution of the United States be respected and enforced, requiring a formal Declaration of War by Congress — as mandated by Article I of the Constitution — before U.S. military forces may be legitimately deployed.

To achieve these goals, BringOurTroopsHome.US will focus overwhelming public support for these ideals on elected officials in Washington, D.C., using all proper levers at our disposal to accomplish our mission, including legislation, political action, and public education.

One thought on “Restoring the Constitution’s Purpose for the National Guard: LIVESTREAM TONIGHT”