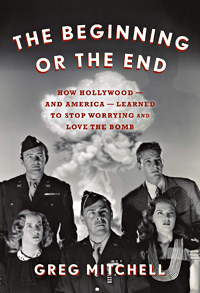 As this troubled summer rolls along, and the world begins to commemorate the 75th anniversary of the creation, and use, of the first atomic bombs, many special, or especially tragic, days will draw special attention. They will include July 16 (first test of the weapon in New Mexico), August 6 (bomb dropped over Hiroshima) and August 9 (over Nagasaki). Surely far fewer in the media and elsewhere will mark another key date: July 3.

On July 3, 1945, the great atomic scientist Leo Szilard finished a letter/petition that would become the strongest (virtually the only) real attempt at halting President Truman’s march to using the atomic bomb – still almost two weeks from its first test at Trinity – against Japanese cities.

We rarely hear that as the Truman White House made plans to use the first atomic bombs against Japan in the summer of 1945, a large group of atomic scientists, many of whom had worked on the bomb project, raised their voices, or at least their names, in protest. They were led by the great physicist Szilard who, among things, is the man who convinced Albert Einstein to write his famous yes-it-can-be-done letter to President Franklin D. Roosevelt, setting the bomb project in motion.

On July 3, he finished a petition to the new president for his fellow scientists to consider. It called atomic bombs “a means for the ruthless annihilation of cities ” and asked the president “to rule that the United States shall not, in the present phase of the war, resort to the use of atomic bombs.” Dozens of his fellow Manhattan Project scientists signed.

The following day he wrote this cover letter (see below). The same day, Leslie Groves, military chief and overall director of the Manhattan Project, began a campaign to combat Szilard – including strong FBI surveillance – and remove him from the bomb project. Groves also made sure the petition never landed on Truman’s desk. No action was ever taken on it, in any event.

The bomb would be dropped over Hiroshima on August 6, with almost no one close to Truman or in a high military position calling for him to delay or reconsider (General Dwight D. Eisenhower a prime exception). For taking part in creating the bomb, and then failing to halt its use against people, Szilard would later proclaim that he might deserve the label, “war criminal.”

I have become rather fond of the mouthy, principled, Szilard as he came play a key role in my new book, The Beginning or the End: How Hollywood – and America – Learned to Stop Worrying and Love the Bomb. It’s the story of how Truman and Groves sabotaged the first movie on the atomic bomb, from MGM, in 1946, transforming it from a warning against building more and bigger bomb into pro-bomb propaganda. The filmmakers managed to secure Szilard’s permission to be portrayed in the movie – but failed to mention his petition or opposition to the Truman’s use of the bomb.

Indeed, MGM was forced to make numerous key revisions under pressure from Truman and Groves, who had script approval, to endorse using the weapon against Japanese cities.

Here’s the letter to his colleagues:

Enclosed is the text of a petition which will be submitted to the President of the United States. As you will see, this petition is based on purely moral considerations.

Such arguments could be considered only within the framework of a thorough analysis of the situation which will face the United States after this war and it was felt that no useful purpose would be served by considering arguments of expediency in a short petition.

However small the chance might be that our petition may influence the course of events, I personally feel that it would be a matter of importance if a large number of scientists who have worked in this field went clearly and unmistakably on record as to their opposition on moral grounds to the use of these bombs in the present phase of the war.

Many of us are inclined to say that individual Germans share the guilt for the acts which Germany committed during this war because they did not raise their voices in protest against these acts. Their defense that their protest would have been of no avail hardly seems acceptable even though these Germans could not have protests without running risks to life and liberty. We are in a position to raise our voices without incurring any such risks even though we might incur the displeasure of some of those who are at present in charge of controlling the work on “atomic power”.

The fact that the people of the people of the United States are unaware of the choice which faces us increases our responsibility in this matter since those who have worked on “atomic power” represent a sample of the population and they alone are in a position to form an opinion and declare their stand.

Anyone who might wish to go on record by signing the petition ought to have an opportunity to do so and, therefore, it would be appreciated if you could give every member of your group an opportunity for signing.

Greg Mitchell has written a dozen books, with his latest to be published July 7, The Beginning or the End: How Hollywood – and America – Learned to Stop Worrying and Love the Bomb (The New Press). This originally appeared at AlterNet.

2 thoughts on “75 Years Ago: When Szilard Tried To Halt Dropping Atomic Bombs Over Japan”