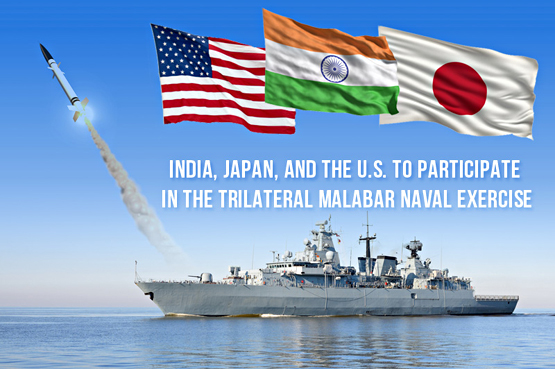 On the other hand, Beijing’s reaction may be different and even more effective: investing in Sino-Pakistani military cooperation to affect India. If China and Pakistan start joint naval exercises in the Indian Ocean, a coalition dispute will form, in which both groups will begin a series of regular tests and demonstrations of strength, seeking to intimidate each other.

In all scenarios, a central point is inevitable: the increase of tensions and violence in the Indian Ocean. Perhaps this is, in fact, the American desire in the region, taking into account that the increase in the crisis will inevitably forge the strengthening of the anti-China coalition and its ties with Washington, in addition to encouraging regional reactions from the Chinese Navy and delaying Beijing’s global projections – like the Chinese presence in the Arctic, for example. Having been Japan and Australia subjected to the American naval umbrella for decades, their participation is predictable and not surprising that Tokyo and Canberra support aggressive operations against China in the Indian Ocean. However, the same cannot be said about India.

India should not be part of a Washington-led coalition against China. The rivalry between India and China is different from the dispute between the US and China, and the mere fact that Beijing looks like a “common enemy” does not justify a coalition. China and India have a historic dispute of a territorial nature – a regional conflict over a physical, continental space. This is different from the American quest for global hegemony – to which China poses a threat today. China and India have much more in common than opposites: both are emerging Asian nations, with enormous growth potential and which aim to increase their degree of participation in the international scenario, at the economic and geopolitical level. Washington, in this sense, is against both – because it seeks to preserve unipolarity and the American global dominance. Beijing and New Delhi can reach a common agreement sovereignly, with regional negotiations and bilateral diplomacy, as, in fact, they have been doing recently, resulting in the reduction of the border violence and the evacuation of troops.

By maintaining its participation in the exercises and encouraging the growth of the coalition, India will be making a big mistake – both in its relations with China and in its relations with Pakistan. Japan and Australia are nations willing to collaborate with American hegemony – India is not. The best path to be taken by the Indians is the abdication from the Malabar exercises, or, if it is not possible, at least, to prevent the Australian entry again, avoiding the strengthening of the anti-China alliance.