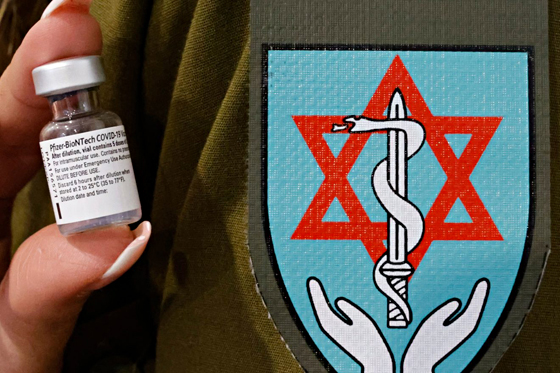 Calculations up to the beginning of January 2021 show that almost 160,000 Palestinians tested positive for the new coronavirus within the Israeli-occupied territory. Approximately 1600 died. Although the Palestinian Authority seeks international recognition and the Hamas de facto government seeks to recover the Israel-occupied zones, it is undeniable that this Authority does not have the financial means to bear the costs of a comprehensive immunization program, so Israel must take humanitarian measures in these times of crisis and not only include the Palestinians under its control in the vaccination program, but also facilitate the transit of Palestinians in the Gaza Strip towards Israeli territory so that they are immunized, considering the fact that, at least in thesis, the population cannot be prevented from having access to their basic rights because their country is involved in wars or armed conflicts.

Israel is committing an illegal act in accordance with international humanitarian law by depriving Palestinians of vaccination, as this policy, in addition to being racist and discriminatory, violates the Article 56 of the Fourth Geneva Convention, which states: “To the fullest extent of the means available to it, the Occupying Power has the duty of ensuring and maintaining, with the cooperation of national and local authorities, the medical and hospital establishments and services, public health and hygiene in the occupied territory, with particular reference to the adoption and application of the prophylactic and preventive measures necessary to combat the spread of contagious diseases and epidemics."

However, Israel defends itself with the argument that health policies in the Palestinian territories are under responsibility of the Palestinian Authority, justifying this claim with the resolutions of the Oslo Accords. In fact, these Accords establish the Palestinian competence, but, in addition to the fact already mentioned that the Palestinian Authority does not have the economic resources sufficient to cover the costs of vaccination – and that there is an assumed obligation in international law for each country to be ready to help any people in a situation of humanitarian vulnerability in its immediacies, there is still a simple issue that cannot be ignored: the Oslo Accords have failed. Israel could resort to such agreements if their fundamental terms were being fulfilled, however, by maintaining military occupation of the Palestinian territories, Israel fails to comply with the main norms of the Accords, so it is absolutely ironic that Tel Aviv uses this legal document to justify its discriminatory policy.

In fact, as long as there is Israeli occupation of the Palestinian territories, there will be Tel Aviv’s responsibility for the medical and health issues of the Palestinians in the areas under its control. And the failure to comply with such obligations, as is the case with vaccine deprivation, must result in international sanctions, as it is a breach of humanitarian law.