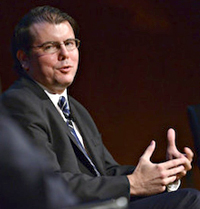 We are pleased to announce that Daniel Larison will join Antiwar.com as a contributing editor. Dan’s weekly columns will appear on Wednesday, and will start this week.

Dan maintains his own site at Eunomia. He is former senior editor at The American Conservative. He has been published in the New York Times Book Review, Dallas Morning News, World Politics Review, Politico Magazine, Orthodox Life, Front Porch Republic, The American Scene, and Culture11, and was a columnist for The Week. He holds a PhD in history from the University of Chicago, and resides in Lancaster, PA. Follow him on Twitter.

11 thoughts on “Daniel Larison To Join Antiwar.com as Contributing Editor”