During the hearing of medical evidence the last three days, the British government has been caught twice directly telling important lies about events in Belmarsh prison, each lie proven by documentary evidence. The common factor has been the medical records kept by Dr. Daly, head of the jail’s medical services. There has also been, to put it at its very lightest, one apparent misrepresentation by Dr. Daly. Personally, I am wary of the kind of person who impresses Ross Kemp.

Here is a still of Dr. Daly from Ross Kemp’s documentary on Belmarsh prison. 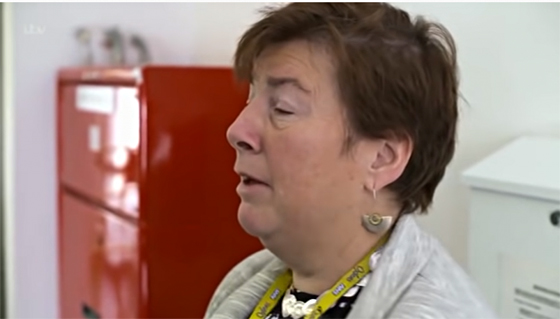 This is Mr. Kemp’s description of the medical wing at Belmarsh: “Security is on another level here with six times more staff per inmate than the rest of the jail.”

While in the medical wing or “healthcare”, Julian Assange was in effect in solitary confinement, and three psychiatrists and a physician with extensive experience of treating trauma have all testified in court that Assange’s mental and physical condition deteriorated while he was in “healthcare” for several months. They also said he improved after he left “healthcare”. That says something profound about the “healthcare” being provided. The same doctors testified that Assange has a poor relationship with Dr. Daly and will not confide his symptoms or feelings to her, and this has also been asserted by defense council.

END_OF_DOCUMENT_TOKEN_TO_BE_REPLACED

On Wednesday the trap sprang shut, as Judge Baraitser insisted the witnesses must finish next week, and that no time would be permitted for preparation of closing arguments, which must be heard the immediate following Monday. This brought the closest the defense have come to a protest, with the defense pointing out they have still not addressed the new superseding indictment, and that the judge refused their request for an adjournment before witness hearings started, to give them time to do so.

Edward Fitzgerald QC for the defense also pointed out that there had been numerous witnesses whose evidence had to be taken into account, and the written closing submissions had to be physically prepared with reference to the transcripts and other supporting evidence from the trial. Baraitser countered that the defense had given her 200 pages of opening argument and she did not see that much more could be needed. Fitzgerald, who is an old fashioned gentleman in the very nicest sense of those words, struggled to express his puzzlement that all of the evidence since opening arguments could be dismissed as unnecessary and of no effect.

I fear that all over London a very hard rain is now falling on those who for a lifetime have worked within institutions of liberal democracy that at least broadly and usually used to operate within the governance of their own professed principles. It has been clear to me from Day 1 that I am watching a charade unfold. It is not in the least a shock to me that Baraitser does not think anything beyond the written opening arguments has any effect. I have again and again reported to you that, where rulings have to be made, she has brought them into court pre-written, before hearing the arguments before her.

END_OF_DOCUMENT_TOKEN_TO_BE_REPLACED

When Daniel Ellsberg released the Pentagon Papers, the US Government burgled the office of his psychiatrist to look for medical evidence to discredit him. Julian Assange has been obliged to submit himself, while in a mentally and physically weakened state and in conditions of the harshest incarceration, to examination by psychiatrists appointed by the US government. He has found the experience intrusive and traumatizing. It is a burglary of the mind.

Julian is profoundly worried that his medical history will be used to discredit him and all that he has worked for, to paint the achievements of WikiLeaks in promoting open government and citizen knowledge as the fantasy of a deranged mind. I have no doubt this will be tried, but fortunately there has been a real change in public understanding and acknowledgment of mental illness. I do not think Julian’s periodic and infrequent episodes of very serious depression will be successfully portrayed in a bad light, despite the incredibly crass and insensitive attitude displayed today in court by the US Government, who have apparently been bypassed by the change in attitudes of the last few decades.

END_OF_DOCUMENT_TOKEN_TO_BE_REPLACED

Monday was a frustrating day as the Assange Hearing drifted deep into a fantasy land where nobody knows or is allowed to say that people were tortured in Guantanamo Bay and under extraordinary rendition. The willingness of Judge Baraitser to accept American red lines on what witnesses can and cannot say has combined with a joint and openly stated desire by both judge and prosecution to close this case down quickly by limiting the number of witnesses, the length of their evidence, and the time allowed for closing arguments. For the first time, I am openly critical of the defense legal team who seem to be missing the moment to stop being railroaded and say no, this is wrong, forcing Baraitser to make rulings against them. Instead most of the day was lost to negotiations between prosecution and defense as to what defense evidence could be edited out or omitted.

More of which later.

The first witness was Professor Christian Grothoff, a computer scientist based at the University of Berne Institute of Applied Sciences. Prof. Grothoff had prepared an analysis of how and when the unredacted cables first came to be released on the Internet

Prof. Grothoff was taken through his evidence in chief by Marks Summers QC for the defense. Prof. Grothoff testified that WikiLeaks had shared the cable cache with David Leigh of the Guardian. This had been done in encrypted form. It had a very strong encryption key; without the long, strong password there would be no way to access it. It was useless without the key. In reply to questions from Summers, Prof. Grothoff confirmed that it was standard practice for information to be shared by an online cache with strong encryption. It was standard practice, and not in any way irresponsible. Banking or medical records might be securely communicated in this way. Once the file is encrypted, it cannot be read without the key, and nor can the key be changed. New copies can of course be made from the unencrypted original with different keys.

END_OF_DOCUMENT_TOKEN_TO_BE_REPLACED

Friday gave us the most emotionally charged moments yet at the Assange hearing, showed that strange and sharp twists in the story are still arriving at the Old Bailey, and brought into sharp focus some questions about the handling and validity of evidence, which I will address in comment.

The first witness of the day was Nicky Hager, the veteran New Zealand investigative journalist. Hager’s co-authored book “Hit and Run” detailed a disastrous New Zealand SAS raid in Afghanistan, “Operation Burnham”, that achieved nothing but the deaths of civilians, including a child. Hager was the object of much calumny and insult, and even of police raids on his home, but in July an official government report found that all the major facts of his book were correct, and the New Zealand military had run dangerously out of control:

“Ministers were not able to exercise the democratic control of the military. The military do not exist for their own purpose, they are meant to be controlled by their minister who is accountable to Parliament.”

Edward Fitzgerald took Hager through his evidence. Hager stated that journalists had a duty to serve the public, and that they could not do this without access to secret sources of classified information. This was even more necessary for the public good in time of war. Claims of harm are always made by governments against any such disclosures. It is always stated. Such claims had been frequently made against him throughout his career. No evidence had ever emerged to back up any of these claims that anybody had been harmed as a result of his journalism.

When WikiLeaks had released the Afghan War Logs, they had been an invaluable source to journalists. They showed details of regular patrols, CIA financed local forces, aid and reconstruction ops, technical intelligence ops, special ops and psychological ops, among others. They had contributed much to his books on Afghanistan. Information marked as confidential is essential to public understanding of the war. He frequently used leaked material. You had to judge whether it was in the higher public interest to inform the public. Decisions of war and peace were of the very highest public interest. If the public were being misled about the conduct and course of the war, how could democratic choices be made?

Edward Fitzgerald then asked about the collateral murder video and what they revealed about the rules of engagement. Hager said that the Collateral Murder video had “the most profound effect throughout the world”. The publication of that video and the words “”Look at those dead bastards” had changed world opinion on the subject of civilian casualties. In fact the Rules of Engagement had been changed to put more emphasis on avoiding civilian casualties, as a direct result.

In November 2010 Hager had traveled to the UK to join the WikiLeaks team and had become involved in redacting and printing stories from the cables relating to Australasia. He was one of the local partners WikiLeaks had brought in for the cables, expanding from the original media consortium that handled the Afghan and Iraqi war logs.

END_OF_DOCUMENT_TOKEN_TO_BE_REPLACED

A less dramatic day, but marked by a brazen and persistent display of this US Government’s insistence that it has the right to prosecute any journalist and publication, anywhere in the world, for publication of US classified information. This explicitly underlay the entire line of questioning in the afternoon session.

The morning opened with Professor John Sloboda of Iraq Body Count. He is a Professor of Psychology and musicologist who founded Iraq Body Count together with Damit Hardagan, and was speaking to a joint statement by both of them.

Professor Sloboda stated that Iraq Body Count attempted to build a database of civilian deaths in Iraq based on compilation of credible published material. Their work had been recognized by the UN, EU and the Chilcot Inquiry. He stated that protection of the civilian population was the duty of parties at war or in occupation, and targeting of civilians was a war crime.