I know it’s bad form to follow up on my own post so quickly, but I fear that I may have shortchanged the enormity of the assertion that “For an Iraqi, there was no price too high to pay to rid the country of Saddam Hussein.” Allow me to riff a bit, with a nod to some of the commenters. 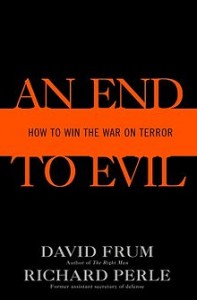 Christmas is right around the corner!
Let’s say that, in an instant, America — no, the whole world — could be magically remade into David Frum’s utopia. I don’t want to imagine what that would be like, and I probably wouldn’t live long enough to see much of it, but whatever. All the evils that Frum deplores could be scrubbed from the planet, and for a relatively small price in the grand scheme of things: his wife and three kids. (This is not just some far-fetched philosophy-class hypothetical; numerous Iraqis have lost their entire families in the last eight years.) Would Frum pay that price?

I don’t want to speak for him, but I strongly suspect that he would not. He’s not a robot, after all. He surely has normal human feelings for his own family. Faced with the prospect of any harm coming to them, he would likely accept the persistence of “evil” in the world and forgo Frumtopia. (He’s free to correct me on this in comments.)

But Frum doesn’t hesitate to declare the lives of up to 30 million other people an acceptable price. He doesn’t even linger over the matter: 18 words and he’s on to the next issue. Thirty million people. But he means well.

“Sociopath” was far too vague a term for Frum. How about “genocidal maniac with a heart of gold”?

Last week, David Frum, of “Unpatriotic Conservatives” and “axis of evil” fame, wrote the following as part of a foreign policy Q&A:

Iraq: Knowing everything you know now, if you had been in Congress in 2002, would you have voted to authorize force against Saddam Hussein, yes or no?

No. For an Iraqi, there was no price too high to pay to rid the country of Saddam Hussein. For Americans, the issue was not Saddam’s badness, but his nuclear weapons program. Knowing that the nuclear program was not a real threat, the invasion was too large a commitment. The world is a better place without Saddam, but as with everything, the question is one of costs and benefits. The costs to the U.S. were too high, the benefits to the U.S. too few. 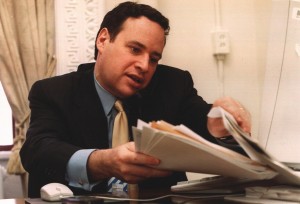 The David Frums may update their packaging from time to time, but inside, they’re the same poison.