The International Longshore and Warehouse Union brought all ports on the US west coast in a one-day protest against the US occupations of Iraq and Afghanistan.

The Union said some 10,000 workers joined the antiwar protest, spurred in part by its belief that big shipping companies are profiting from the war.

“Longshore workers are standing down on the job and standing up for America,” said ILWU International President Bob McEllrath. “We’re supporting the troops and telling politicians in Washington that it’s time to end the war in Iraq.”

The San Francisco office of the ILWU sent over these photos of their rally in San Francisco (click on each for a larger version). 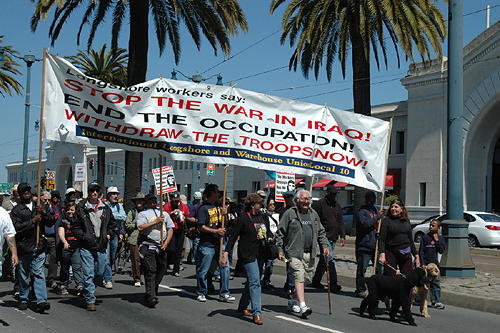 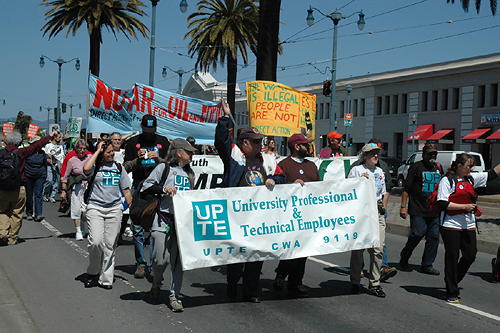 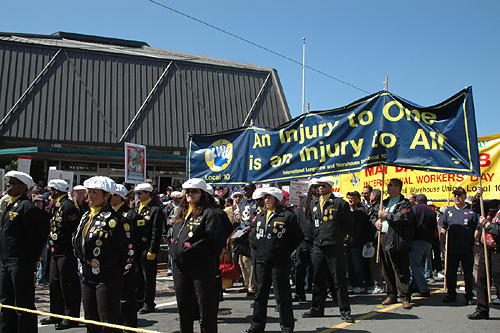 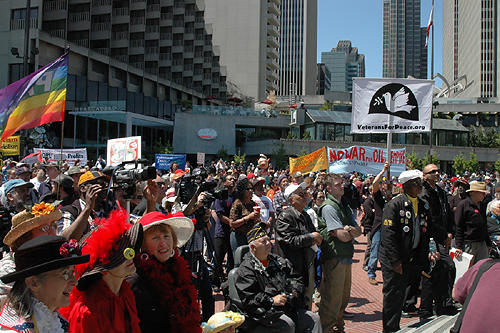 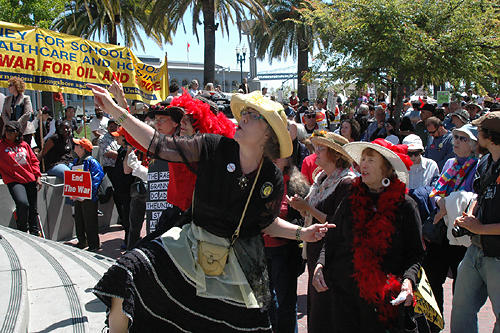 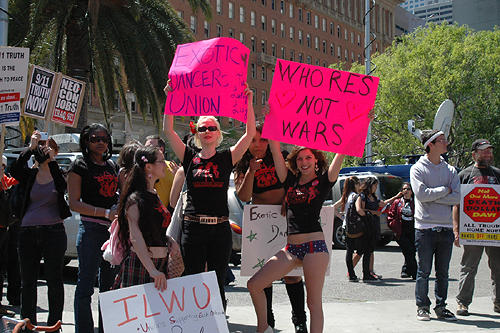