Via Mike Riggs at Reason, Michael Hastings reports at BuzzFeed that an amendment has been inserted into the latest version of the NDAA that would nullify the Smith-Mundt Act of 1948 and Foreign Relations Authorization Act in 1987, both of which ban domestic propaganda. It is being sponsored by Rep. Mac Thornberry from Texas and Rep. Adam Smith from Washington State. 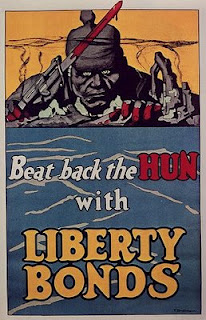 The amendment would “strike the current ban on domestic dissemination” of propaganda material produced by the State Department and the Pentagon, according to the summary of the law at the House Rules Committee’s official website.

…The new law would give sweeping powers to the State Department and Pentagon to push television, radio, newspaper, and social media onto the U.S. public. “It removes the protection for Americans,” says a Pentagon official who is concerned about the law. “It removes oversight from the people who want to put out this information. There are no checks and balances. No one knows if the information is accurate, partially accurate, or entirely false.”

According to this official, “senior public affairs” officers within the Department of Defense want to “get rid” of Smith-Mundt and other restrictions because it prevents information activities designed to prop up unpopular policies—like the wars in Iraq and Afghanistan.

The legislation banning propaganda aimed at Americans has not meant the end of propaganda, with a sycophantic mass media filling in for the state all along the way. But even the government’s war propaganda has managed to persist. Recent reports published by USA Today exposed the dubious nature and exorbitant costs of the Pentagon’s “Information Operations,” (IO) which the newspaper described as “the modern equivalent of psychological warfare,” or war propaganda. In fact, soon after the reports were published, the journalists were targeted in a misinformation campaign. If it was done using federal funds, it could be a direct violation of Smith-Mundt or the FRAA. 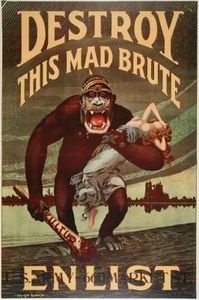 Propaganda has always been with us. During the First World War, President Woodrow Wilson set up the Committee on Public Information (CPI), a propaganda ministry meant to build public support for the war effort. The CPI distributed propaganda in news stories, street posters, advertisements, and hollywood films. It launched pro-war lecture circuits to mobilize public opinion, and publicly criticizing the president or the war effort was essentially criminalized.

“The propagandists in World War II,” writes historian Susan A. Brewer, ” following in the footsteps of the Committee on Public Information, while attempting to avoid their predecessor’s mistakes.”

The OWI’s [Office of War Information] objective, acknowledged privately, was the “coordination, synchronization, embellishment, emphasis, manipulation and distribution of facts as information rather than…gross overstatements and exaggerated misrepresentations.” To mobilize the population, the OWI drew on familiar advertising techniques such as repetition, catchy slogans, and celebrity endorsement.

…On December 16, 1941, President Roosevelt set up the Office of Censorship, headed by Associated Press executive news editor Byron Price. The Office of Censorship had authority over all civilian communication…Before news organizations released a story, Price wanted them to ask themselves, “Is this information I would like to have if I were the enemy?” In a 1942 press conference, he and [OWI Director Elmer] Davis explained the relationship of the Office of Censorship and the OWI with the news media. Price announced, “We tell what they cannot print.” Davis said, “We give them stuff we hope they will print.” 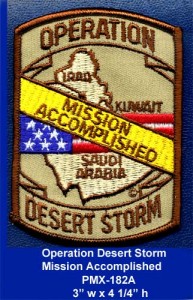 the mass media’s efforts to dominate the airwaves with regurgitated state spin. By making vast amounts of historical, political, and economic literature freely and immediately accessible, the Internet has belittled the the government’s aim of keeping the public ignorant. As the saying goes, information is power – and when citizens have more of it, the government has less.

According to the report from Hastings, the amendment’s sponsors have the Internet specifically in mind:

…Thornberry warned that in the Internet age, the current law “ties the hands of America’s diplomatic officials, military, and others by inhibiting our ability to effectively communicate in a credible way.”

The bill’s supporters say the informational material used overseas to influence foreign audiences is too good to not use at home, and that new techniques are needed to help fight Al-Qaeda, a borderless enemy whose own propaganda reaches Americans online.

In other words, people are getting information online that we don’t want people to have – therefore, legalize domestic propaganda. So NDAA is the latest effort by Congress (after SOPA, CISPA and the others) to take control of the best resource the American people have. The Internet is too open, too free, too…subversive. We need information the government wants us to have, not all that other stuff.