The most important and most frequently ignored distinction in the debate about Iran and its nuclear program is that Iran’s current postures are defensive in nature, not offensive. Right-wing pundits constantly harangue about Iran’s supposed intentions to annihilate Israel, wipe Israel off the map, and so on – and this, they claim, is why it’s so important to prevent Iran from getting a nuclear weapon. This assumes Iran would want a nuclear weapon for offensive purposes, which is incorrect. 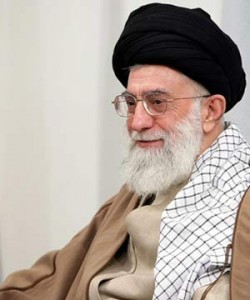 Now, US and Israeli intelligence agencies agree that Iran has no nuclear weapons program. But there are aspects of the program, like increased enrichment in recent years, that is meant to place Iran in a technical range of capability, to produce a weapon on short notice if they decide to do so. As has been discussed at Antiwar.com for years, Iran is operating under constant threat from the US and Israel. The US has Iran militarily surrounded, has conducted covert attacks along with Israel, constantly threatens Iran with preemptive military strike, and is heaping harsh economic sanctions. In this environment, Iran has tried to abstain from developing nuclear weapons while having the know-how needed to get there; this essentially is an attempt to have a deterrent without actually having a deterrent. They don’t get in trouble for having a weapon, but they are able to ward off attack or invasion.

As renowned international relations theorist Kenneth N. Waltz recently wrote in Foreign Affairs, “Such a breakout capability might satisfy the domestic political needs of Iran’s rulers by assuring hard-liners that they can enjoy all the benefits of having a bomb (such as greater security) without the downsides (such as international isolation and condemnation).”

This distinction is almost always ignored by the pundits and the politicians, despite its supreme importance. But now, one of the most reckless hawks on Iran, Israeli Defense Minister Ehud Barak, has acknowledged this distinction out loud. Appearing on CNN (via Micah Zenko), Barak admitted that “[Israel and the US] both know that Khamenei did not yet ordered, actually, to give a weapon, but that he is determined to deceit and defy the whole world.” Wolf Blitzer asked, “What does that mean, that the ayatollah has not given the order to build a nuclear bomb?” Barak replied:

It’s something technical. He did not tell his people start and build it — a weapon on — an explodable device. We think that we understand why he does not give this order.

He believes that he is penetrated through our intelligence and he strongly feels that if he tries to order, we will know it, we and you and some other intelligence services will know about it and it might end up with a physical action against it.

So he prefers to, first of all, make sure that through redundancy, through an accumulation of more lowly enriched uranium, more medium level enriched uranium and more centrifuges and more sites, better protection, that he can reach a point, which I call the zone of immunity, beyond which Israel might not be technically capable of launching a surgical operation.

Here it is admitted that Iran is thinking rationally and defensively. The real concern, Barak says, is allowing Iran to enter a “zone of immunity” wherein it can deter attack or invasion. How dare the ayatollahs deprive Washington and Tel Aviv of the right to attack a weak and defensive Iran! 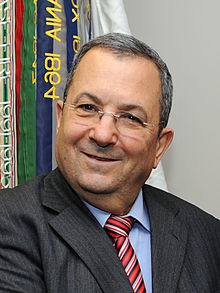 The whole story about how ‘we need to attack an aggressive Iran determined to get nuclear weapons’ falls apart under Barak’s admission above. First, if Iran has no nuclear weapons program (something admitted widely in US and Israeli officialdom), then there is no conceivable imminent threat and thus no attack is justified. If Iran is demonstrably intimidated by the threats from the US and Israel – that is, if it is acting defensively vis-a-vis its nuclear program – then current US/Israeli capabilities are proving sufficient to deter an Iranian attack whether it has a bomb or not (As Lt. Gen. Ronald Burgess, director of the Defense Intelligence Agency, told the Senate in February: Iran “is unlikely to initiate or intentionally provoke a conflict or launch a preemptive attack”), and thus an attack is not justified.

Finally, what the pro-war crowd can’t seem to grasp is that an attack on Iran would be most likely to push them towards reconstituting their nuclear weapons program. As Thomas Pickering, former Under Secretary of State for Political Affairs and former U.S. Ambassador to the UN under George H.W. Bush, warned recently:

[A military strike] has a very high propensity, in my view, of driving Iran in the direction of openly declaring and deciding, which it has not yet done according to our intelligence, to make a nuclear weapon to seemingly defend itself under what might look to them and others to be an unprovoked attack.

Iran has great possibilities for asymmetrical reactions including against Israel through Hezbollah and Hamas who have accumulated a large number of missiles. […] It is a series of potential escalatory possibilities that puts us deep in the potential for another land war in Asia, something that I think we’ve spent the last number of years trying to get out of.

This has been virtually confirmed after a classified war simulation held a few months back forecasted that a “strike would lead to a wider regional war, which could draw in the United States” and kill many, many people. As Ha’aretz reports, this Congressional Research Service report estimates that Iran could completely recover from a strike on its nuclear program within six months.

So, seriously, what is driving the ‘bomb Iran’ crowd at this point?

Update: One commenter has pointed out that having nuclear capability, or ‘know-how’ as I call it, is not an indication of any military dimension to Iran’s program. Indeed, in the same Foreign Affairs piece I quoted above, Ken Waltz explains, “[One] possible outcome is that Iran stops short of testing a nuclear weapon but develops a breakout capability, the capacity to build and test one quite quickly. Iran would not be the first country to acquire a sophisticated nuclear program without building an actual bomb. Japan, for instance, maintains a vast civilian nuclear infrastructure. Experts believe that it could produce a nuclear weapon on short notice.”