The attack in the Sinai on Sunday was followed by a wild round of accusations from nearly everyone in a desperate attempt to exploit the incident for their own state interests. 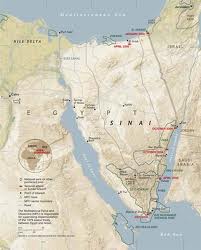 Even though Hamas strongly condemned the attack as a “heinous crime,” Israel saw fit to shell Hamas-controlled Gaza soon after the attack and also closed one of the main border crossings that allowed aid into Gaza. In turn, some Hamas figures suggested the attack was carried out by Israel’s Mossad in order to raise tensions between Egypt and the Palestinians or perhaps to use as an excuse to hit Gaza. The Egyptian Muslim Brotherhood also had these suspicions of Israeli involvement, although Morsi apparently just believed it to be a rogue terrorist group. Meanwhile, the Israeli Ambassador to the US, “perhaps operating on general instructions to blame Iran for anything it can possibly be blamed for,” according to Paul Pillar, issued statements that Iranian-backed terrorists carried out the attack, even after Tel Aviv had said al-Qaeda was responsible. (h/t Issandr el Amrani)

From the reports I’ve read, Washington has been largely silent, partly because they have precarious leverage at the moment and partly because one effect of the attack was to give more power and control to the Egyptian military, which Washington kind of likes since it is playing both sides in Egypt. Nevertheless, the flurry of blame thrown around should make clear how eager governments are to use fringe terrorist attacks as a pretext to carry out their own measures of aggression and control.

On another note, it’s important to address the terrible Egyptian-Israeli policies that have bred the kind of frustration that motivates such attacks. As Roi Maor writes, “This latest attack is also another reminder of the dangerous regional spillover effects from policies on the Palestinian issue in general, and Gaza in particular.” And Egyptian blogger Issandr el Amrani: “Ending the blockade of Gaza, pushing for Palestinian reconciliation, restoring order in Sinai and addressing its inhabitants’ grievances: this is what has to be done to avoid a repeat of this.”

5 thoughts on “A Flurry of Accusations After Sinai Attack”