In the wake of the Sikh temple massacre by a US Army soldier earlier this month, news that warrior racists are infiltrating America’s armed forces:

They call it ‘rahowa’ – short for racial holy war – and they are preparing for it by joining the ranks of the world’s fiercest fighting machine, the U.S. military.

White supremacists, neo-Nazis and skinhead groups encourage followers to enlist in the Army and Marine Corps to acquire the skills to overthrow what some call the ZOG – the Zionist Occupation Government. Get in, get trained and get out to brace for the coming race war.

…A 2008 report commissioned by the Justice Department found half of all right-wing extremists in the United States had military experience. 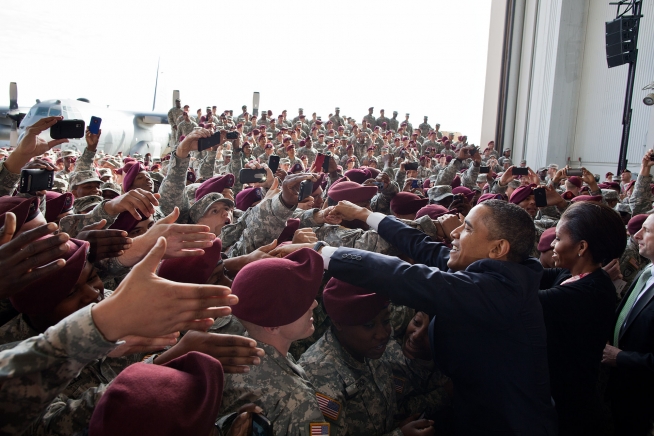 This should at least slightly alter America’s collective ideology of soldier worship. While the populace fiercely retains notions that US soldiers are fundamentally good, deserve automatic praise and sympathy, and are fighting for liberty and democracy – the reality appears much different.

Instead of joining the military to spread benevolent doctrines of freedom and human rights, many are joining in order to carry out what they themselves apparently refer to as a “racial holy war” to fight non-white minorities and Jews. “I went into the Marine Corps for one specific reason: I would learn how shoot,’ former Marine T.J. Leyden, who openly supports neo-nazi groups and used to hang a giant swastika from his locker, told Reuters. “I also learned how to use C-4 [explosives], blow things up.”

Leyden and Wade Page, who shot up the Sikh temple, are not likely representative of most of the military, but their examples certainly poke holes in how Americans are supposed to feel about their brave men and women in uniform. Recent FBI investigations found that “Gang members have been reported in every branch of the U.S. military,” constituting “a significant criminal threat.” As of April 2011, the FBI has “identified members of at least 53 gangs whose members have served in or are affiliated with U.S. military,” including the 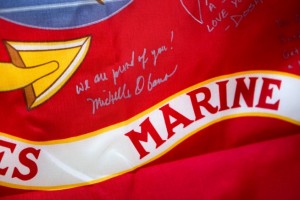 Other ugly facts about those in the military, other than the fact that they make a commitment to kill on the orders of politicians in Washington, like the rampant sexual abuse taking place of late, tend to get in the way of Americans’ white-washed view of Washington’s freedom fighters. In 2008, an estimated 41 percent of all the women serving in the military were victims of sexual assault, a problem Rep. Jane Harman called “an epidemic.” In a January 2012 Pentagon report on “rape, sexual assault, and forcible sodomy” in the military, it was found that these crimes have increased 64 percent since 2006, although most of them go unreported. Sexual assault and rape are among the most derided crimes in society, but Americans seem to view criticizing soldiers or the army as a whole as a higher crime.