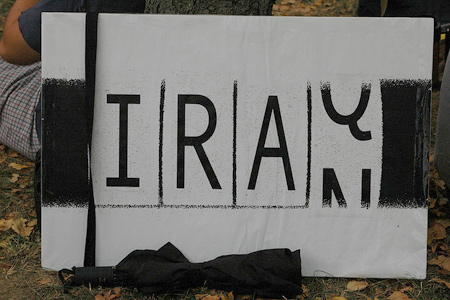 As I explained in my piece on George Jahn’s latest baseless, scaremongering “journalism,” the “leak” is proof of nothing about Iran’s nuclear program and the broad consensus among experts remains that weaponization is simply not taking place. Iran has no weapons program and has demontrated no intent to start one. Period.

Just to highlight one of the many shellackings dealt to the embarrassingly amateurish AP article, the Bulletin of Atomic Scientists said the “amateurish and technically incorrect graph published by the Associated Press,” is “nothing more than either shoddy sources or shoddy science. In either case, the world can keep calm and carry on.”

The graphic has not yet been authenticated; however, even if authentic, it would not qualify as proof of a nuclear weapons program. Besides the issue of authenticity, the diagram features quite a massive error, which is unlikely to have been made by research scientists working at a national level.

The image released to the Associated Press shows two curves: one that plots the energy versus time, and another that plots the power output versus time, presumably from a fission device. But these two curves do not correspond: If the energy curve is correct, then the peak power should be much lower — around 300 million ( 3×108) kt per second, instead of the currently stated 17 trillion (1.7 x1013) kt per second. As is, the diagram features a nearly million-fold error.

This diagram does nothing more than indicate either slipshod analysis or an amateurish hoax.

In any case, the level of scientific sophistication needed to produce such a graph corresponds to that typically found in graduate- or advanced undergraduate-level nuclear physics courses.While such a graphic, if authentic, may be a concern, it is not a cause for alarm. And it certainly is not something proscribed by the Comprehensive Safeguards Agreement between the International Atomic Energy Agency and Iran, nor any other international agreements to which Iran is a party. No secrets are needed to produce the plot of the explosive force of a nuclear weapon — just straightforward nuclear physics.

Given the across-the-spectrum ridicule the AP article and its pathetic attempt to scaremonger about a non-existent Iranian nuclear weapon, it is difficult not to believe there are people in either the US or Israel (undoubtedly the countries Jahn referred to as having leaked the document) trying to fraudulently frame Iran as being on the brink of a nuclear bomb.

The evidence wasn’t there for Iraq, but people bought it in the peak of the post-9/11 jingo circus experienced in the US. Now, government and media attempts to lie us into another war only convince those partisans who believe it already, evidence be damned.