A new report from Amnesty International investigates human rights abuses by the militant group Ansar al-Sharia and by the Yemeni government during the 2011-2012 conflict in the country. The report provides further documentation of US drone strikes that hit civilians and target rescuers in follow-up strikes. The latter has been described by UN legal experts as a war crime. 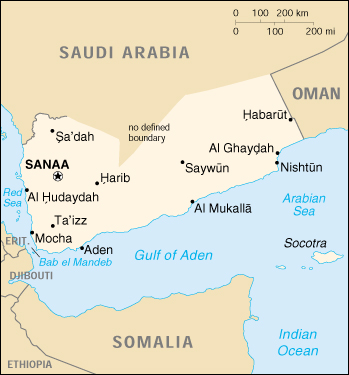 Ansar al-Sharia has committed severe abuses of the civilian population “including summary killings and amputations” for minor crimes or for challenging their rule, and “recklessly exposing civilians to harm by storing ammunition and explosives in crowded residential areas and initiating attacks from the immediate vicinity of inhabited houses…”

But the Yemeni government, a regime Washington has generously supported and the current leadership of which Washington helped install, has also committed serious abuses of the civilian population, including violations of international law.

Government forces used air strikes, tanks, artillery and mortars to drive Ansar al-Shari’a out of Abyan and surrounding areas. In at least some cases, these weapons were used against residential areas in an indiscriminate or disproportionate manner, resulting in the deaths of civilians. In some instances, air strikes hit civilian homes, needlessly killing and injuring civilians apparently because of a failure to take necessary precautions, such as verifying that the target was, in fact, a military objective. The authorities also obstructed access to medical care, and subjected suspected fighters to enforced disappearance.

Importantly, the report says “Amnesty International cannot exclude the possibility that some of the air strikes documented in this report may have been carried out by US drones, which appear to have been active during the conflict.” Cannot confirm, because even though the US constantly brags about bombing Yemen via drone, they get a little miffed when asked to confirm the existence of these drone strikes.

And many of the documented strikes were widely and almost uncontroversially reported as US drone strikes at the time they occurred. Like, for example the strikes on May 15 which killed more than a dozen civilians and included a follow-up strike.

In the morning of 15 May 2012, an air strike killed one civilian in his home in Ja’ar. This was followed by another strike that killed at least 13 civilians who had gathered in front of the destroyed house. Nuweir al-Arshani, aged 33, was killed in the initial air strike that levelled his house. Residents and relatives of his who spoke to Amnesty International were surprised that his house was targeted because they said he had nothing to do with Ansar al-Shari’a. While some residents said that a house behind his was rented to Ansar al-Shari’a and that possibly the aircraft missed its target, Nuweir’s brother Anwar insisted that the houses behind them were occupied by the usual neighbours and that the nearest houses rented by Ansar al-Shari’a were between 100 and 300 metres away next to al-Hamza Mosque. Witnesses who spoke to Amnesty International gave consistent testimonies about the air strike that destroyed his home and killed him.

…Some people were angered by the killing of the civilian and blamed Ansar al-Shari’a, and an argument developed. Meanwhile, more residents gathered to see the destroyed house and ask what had happened. The aircraft returned and bombed and fired into the crowd…At least 12 men and one woman were killed instantly or died from their injuries.

“Our lives are valueless in the eyes of our government,” said one resident of Jaar, following the strikes, “and that is why civilians are being killed without a crime.”

With regard to drone strikes in Yemen, the United Nations is in the process of setting up an investigations unit dedicated to examining the legality of drone attacks and uncovering cases in which civilians are killed in the Obama administration’s drone war. Ben Emmerson, a UN special rapporteur that is heading this effort, says follow-up strikes constitute war crimes. 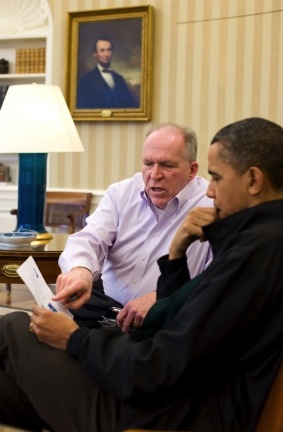 “[It is] alleged that since President Obama took office at least 50 civilians were killed in follow-up strikes when they had gone to help victims and more than 20 civilians have also been attacked in deliberate strikes on funerals and mourners,” Emmerson said. “[UN special rapporteur on summary executions] Christof Heyns…has described such attacks, if they prove to have happened, as war crimes. I would endorse that view.”

Citing reports that the US has conducted follow-up drone strikes, Heyns said in June that, if true, “those further attacks are a war crime.”

With regard to the Yemeni government, as I said, this is a regime that engages in military policy in its own territory largely at the behest of the US government. Washington, therefore, is implicated in the crimes Amnesty ascribes to Yemen, even those that are not in all likelihood US drones.

And Islamic militancy has been on the rise in Yemen in recent years, but not even this is persuasive enough for Washington abandon its policy of persistent bombing and propping up dictatorship in favor of something else that doesn’t cause blowback.

19 thoughts on “Crimes in Yemen: Militancy, Regime Attacks, and US Drones”