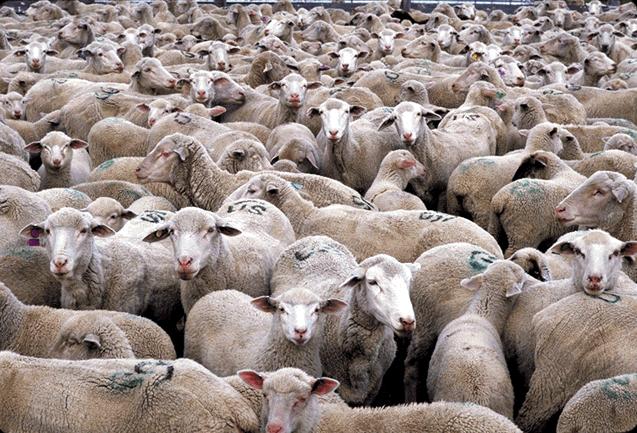 A new Gallup poll found that 99% of Americans see Iran’s nuclear program as a threat to the US national security. They believe Iran’s imaginary weapons program is more of a threat than North Korea’s actual nuclear weapons.

[I wrote about the wild success of Iran war propaganda last year, in a post called The Power of War Propaganda on Iran and Why It Works. The following is excerpted from that post.]

Contrast these beliefs with the facts: The consensus in the whole of the intelligence community in the US (and Israel) is that Iran has no nuclear weapons program and has yet to demonstrate any intention of starting one anytime soon.

But false beliefs persist even when there has been ample reassurances from elite sources in politics, the military, and the news media that Iran has no weapons program. A matter of months ago, the Obama administration marched out their minions, from Defense Secretary Leon Panetta to Director of National Intelligence James Clapper to Chairman of the Joint Chiefs of Staff Gen. Martin Dempsey, all of whom reiterated the fact that Iran has no nuclear weapons program, despite constant rhetoric to the contrary.

In February the New York Times ran a front page story entitled “U.S. Agencies See No Move by Iran to Build a Bomb.” It reported: “Recent assessments by American spy agencies are broadly consistent with a 2007 intelligence finding that concluded that Iran had abandoned its nuclear weapons program years earlier. The officials said that assessment was largely reaffirmed in a 2010 National Intelligence Estimate, and that it remains the consensus view of America’s 16 intelligence agencies.” Again in March, they reported “top administration officials have said that Iran still has not decided to pursue a weapon, reflecting the intelligence community’s secret analysis.” Another in the Los Angeles Times was similarly headlined, “U.S. does not believe Iran is trying to build nuclear bomb.”

Furthermore, even if Iran did have nuclear weapons, there is broad consensus that it would not translate to nuclear war. Officials and expert analysts constantly explain Iran’s leaders are rational, unlikely to provoke a conflict, and have no interest in suicide as a result of nuclear retaliation by the US. The threat from Iran is manufactured.

So can the politicians and the media still be blamed for spreading falsehoods about Iran? In a word, yes. Former CIA officer Paul Pillar, when writing about the misinformation campaign to sell the Iraq war, explained it was “less a matter of instilling any specific mistaken belief than of instilling a mood and momentum.” It was “at least as much a matter of rhetorical themes as of manipulated evidence. The belief was cultivated by repeatedly uttering ‘Iraq,’ ’9/11? and ‘war on terror’ in the same breath.” Despite the official position that Iran has no weapons program and has not demonstrated an intention to build one, most of the political, military, and media elite are constantly regurgitating lines about blocking “Iran” from obtaining “nuclear weapons.” In Obama’s statement yesterday following his latest Executive Order imposing additional sanctions on Iran, he talked about the “Iranian government” and “its defiance” in its nuclear program. A Romney spokesman then came out and said Obama “has allowed Iran’s nuclear ambitions to proceed unimpeded,” and that Obama’s policy and Iran’s ongoing program “has imperiled our allies and jeopardized our national security.”

The administration officials that came out to reiterate the intelligence consensus did so in boring Congressional testimony, which no one watches. The more vociferous and rhetorical politicians going on tirades on the Senate floor or demagoguing on television and reinforcing the belief in Iranian weapons programs, by contrast, get the attention of the electorate. And far fewer Americans read the New York Times frequently enough that they may have caught those few articles dispelling the myth of Iranian nukes, than watch pundits on network news like Fox, CNN, and NBC, for example, which constantly mislead on this question.

Trevor Thrall, also writing in the National Interest in a follow-up post to Pillar’s piece on Iraq war propaganda, said much of the reason such false beliefs persist is because the American people are substantially ignorant of “what’s going on in the United States, much less the rest of the world.”

The 2008 civic literacy survey conducted by the Intercollegiate Studies Institute, for example, found that fewer than half of all Americans can name all three branches of government and that almost 40 percent of Americans believe the president has the power to declare war. Just 27 percent know that the Bill of Rights expressly prohibits the establishment of an official U.S. religion. The Pew Research Center, which tracks such things in a fruitless effort to find that news consumption improves political knowledge, found ample evidence of American ignorance in its 2007 survey: 31 percent could not name the current vice president (Cheney); 68 percent did not know that Sunni and Shia are two branches of Islam..[etc.]

And when briefly-appearing facts are explained in Washington and the media, it actually doesn’t hold much sway. Back in 2010, Joe Keohane wrote a piece in the Boston Globe about how political science research shows that “facts don’t necessarily have the power to change our minds.” He cited recent studies which found that

when misinformed people, particularly political partisans, were exposed to corrected facts in news stories, they rarely changed their minds. In fact, they often became even more strongly set in their beliefs. Facts, they found, were not curing misinformation. Like an underpowered antibiotic, facts could actually make misinformation even stronger.

People are not just ignorant, they’re ideological. They’ll believe what they want to believe. Unfortunately, such widespread and impenetrable false beliefs in the realm of foreign policy means that the political leadership can pretty easily launch a war if and when they decide to do so and whether it is warranted or not.