As tensions with North Korea continue to intensify, some have suggested the US press China to influence Pyongyang to calm down. 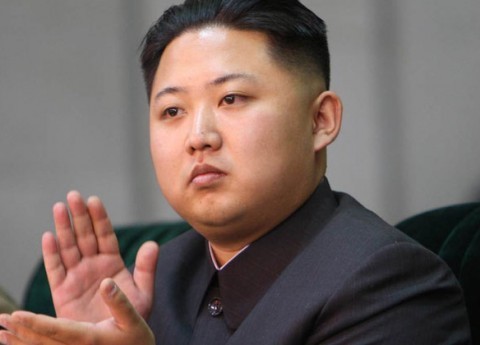 The first problem with this is that the US doesn’t have the best relationship with China right now because of a little thing called the Asia-Pivot, a hostile and confrontational foreign policy meant to militarily contain a rising China that poses no direct threat to the US. Washington has been using its military and economic might in Asia-Pacific to bolster China’s regional competitors. Beijing might not be in the mood to do Uncle Sam a favor.

The second reason such an approach is unlikely to bear fruit is because the US has insisted on maintaining a massive military presence and diplomatic base in South Korea ever since the unnecessary US intervention in the Korean War, for which Truman never sought formal approval from Congress. The remaining US stake in the Korean peninsula is perceived as a geo-political threat to neighboring China, which is wary of American dominance in the region already.

Matt Schiavenza at The Atlantic explains (via):

That, precisely, is the point: China really, really doesn’t want North Korea to collapse. For one thing, the trickle of North Koreans currently crossing the border would turn into a flood, leaving China with a messy humanitarian situation on its hands. Secondly, a North Korean collapse would no doubt foster the creation of a unified, pro-U.S. Korea on China’s northeastern flank, depriving Beijing of a valuable buffer against American interest. For these reasons, China needs North Korea to stay alive — and North Korea knows it.

Like in Syria, where a political settlement assisted by world powers never materialized due to (justified) Russian and Chinese skepticism of letting Washington create another client state in the Middle East, the situation with North Korea is being perpetuated because everybody knows the US will stop at nothing to expand its empire.

As I’ve written, another option that would be very likely to mitigate the tensions with Pyongyang would of course be for the US to not constantly antagonize the North through provocative military activities with the South and, um, sending nuclear capable B-2 stealth bombers to drop munitions on a nearby island. That might work too.