“Publicly, we say one thing. Actually, we do another.” So said Richard Nixon, the man who ushered in one of the most secretive and criminal presidential administrations in American history. Surprisingly for some, President Barack Obama is ably following in Nixon’s footsteps. 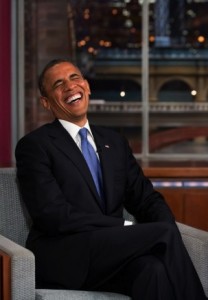 As just about everyone now knows, NSA contractor Edward Snowden began leaking classified material back in June which documented the immense powers the NSA possesses to surveil Americans’ electronic communications. The intelligence agency sweeps up the telephone data of virtually every American and has the ability to spy on virtually anybody’s internet activity at a keystroke.

These revelations made a fool of James Clapper, the Director of National Intelligence, who months earlier told Congress that the NSA does not collect information on millions of Americans. He later apologized with the Orwellian excuse that his blatant lie was the “least untruthful” answer he could think of.

The Obama administration and several members of Congress then went on the defensive, consistently telling the American people that the NSA surveillance programs are legal, constitutional, and checked by thorough congressional oversight.

Those were lies too. Members of Congress that are supposed to be able to provide oversight are systematically denied basic information about surveillance capabilities by the NSA. And in 2011, a secret ruling from the FISA court found significant parts of the NSA’s domestic spying activities to be in violation of the Fourth Amendment as well as legal statutes on the rulebooks. That ruling remains a government secret.

You’d think the Obama administration would tire of all this lying. But on Jay Leno this week, Obama yet again claimed, “There is no spying on Americans.”

And now, two days later, there is another smack-you-in-the-face contradiction in the press that proves once again that the President and his national security surrogates are methodically lying to the American people.

Charlie Savage in The New York Times reports that, “The National Security Agency is searching the contents of vast amounts of Americans’ e-mail and text communications into and out of the country, hunting for people who mention information about foreigners under surveillance, according to intelligence officials.”

“While it has long been known that the agency conducts extensive computer searches of data it vacuums up overseas,” Savage adds, “that it is systematically searching — without warrants — through the contents of Americans’ communications that cross the border reveals more about the scale of its secret operations.”

The ACLU’s Jameel Jaffer reacts to the story thusly:

The program described by the New York Times involves a breathtaking invasion of millions of people’s privacy. The NSA has cast a massive dragnet over Americans’ international communications, collecting and monitoring all of them, and retaining some untold number of them in government databases. This is precisely the kind of generalized spying that the Fourth Amendment was intended to prohibit.

The Obama administration has been caught flat-out lying to the American people about the NSA surveillance activities too many times to count at this point. Beyond exposing the invasive dragnet spying on Americans, this all reveals an important insight into the unprecedented veil of secrecy President Obama has cloaked the government in: secrecy is by and large not meant to protect “sources and methods” or even “national security,” but rather to protect our political leaders from public scrutiny.

Nixon put it in simpler words than anybody. The mantra of the powerful, and indeed the fundamental Obama-era principal, is to simply say one thing, and do another.

27 thoughts on “The Audacity of Lying: Obama Fibs on NSA Spying Again”