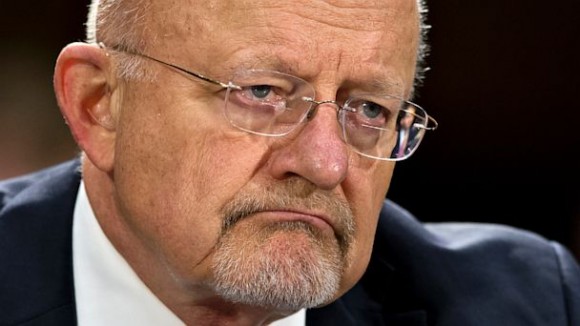 In compliance with a Freedom of Information Act request, the Obama administration finally declassified a 2011 ruling by the FISA court which found the NSA broke the law and the constitution in its collection of Americans’ communications. The 86-page declassified document reveals that the NSA acted unlawfully in gathering up to 56,000 “wholly domestic” communications each year that the reportedly now-discontinued program was in effect. It also says that the NSA told the FISA court one thing, yet did another.

The National Security Agency unlawfully gathered as many as tens of thousands of e-mails and other electronic communications between Americans as part of a now-discontinued collection program, according to a 2011 secret court opinion.

The 86-page opinion, which was declassified by U.S. intelligence officials Wednesday, explains why the chief judge of the Foreign Intelligence Surveillance Court ruled the collection method unconstitutional. The judge, John D. Bates, found that the government had “advised the court that the volume and nature of the information it has been collecting is fundamentally different from what the court had been led to believe.”

Under the program, the NSA for three years diverted large volumes of international data passing through fiber-optic cables in the United States into a repository where the material could be stored temporarily for processing and for the selection of foreign communications, rather than domestic ones. But in practice, the NSA was unable to filter out the communications between Americans.

According to NSA estimates, the agency may have been collecting as many as 56,000 “wholly domestic” communications each year.

A month after the FISA court learned of the program in 2011 and ruled it unconstitutional, the NSA revised its collection procedures to segregate the transactions most likely to contain the communications of Americans. In 2012, the agency also purged the domestic communications that it had collected.

Keep in mind that this directly contradicts previous statements by President Obama. In a press conference earlier this month, Obama said, “what you’re not reading about is the government actually abusing these programs and listening in on people’s phone calls or inappropriately reading people’s emails. What you’re hearing about is the prospect that these could be abused.”

Nay, Mr. President. We’re getting it straight from the secretive, rubber-stamping FISA court itself that the NSA’s collection of Americans’ communications was unconstitutional and it’s dealings with the FISA court were dishonest.

The Post reports that when the NSA received this FISA court ruling, they amended their programs to collect less domestic communications. This has led some people to argue that the NSA is trying to hold itself accountable and within the scope of the law. I have two important responses to that.

First, what this finding also said is that the NSA was responsible for “repeated inaccurate statements made in the government’s submissions,” and thus was trying to push through legal approval for things they obviously knew went beyond the law (or else, why mislead the court?). Secondly, even if you buy into the argument that the NSA is somewhat self-correcting, the powers of surveillance that the NSA possesses will be under the control of various people, some more scrupulous than others about abiding by the law. Without outside constraints, illegal NSA surveillance abuses will go on and on and on. Internal reviews just don’t cut it.

There’s only one question left to ask: How will the authorities be held accountable? I’m going to step out on a limb here and predict…they won’t.

As I wrote in a recent Huffington Post piece, the government has prerogative to break the law with impunity, as sharply contrasted with people who, say, steal a pack of cigarettes from the convenient store – they won’t escape the law. Or if you smoke a joint and do nobody any harm – surely you will be punished to the fullest extent of the law. Or, better yet, if you defy the government by informing the American people of vast and egregious criminal behavior that violate the Constitution. Your best bet is to spend the rest of your life in prison.

Not the government though. Not the NSA. When they break they law, they get away with it. Period.