I really can’t add much to this… 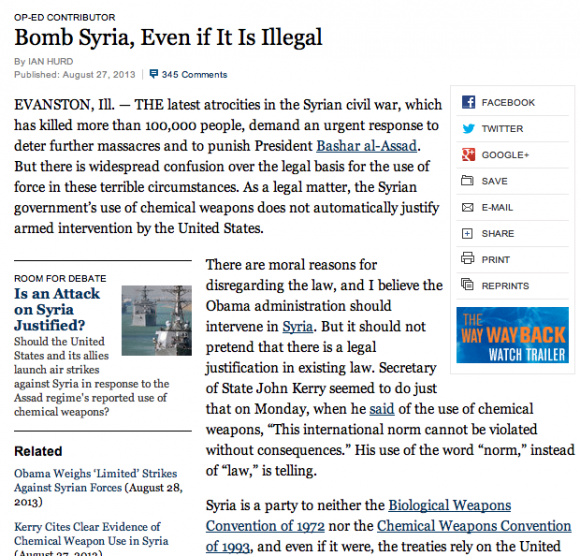 At least it’s an honest argument. And it’s the same for many people now pining for another U.S. war in the Middle East: “the law” is just some antiquated, idealistic notion that doesn’t apply to states, especially when you’re the most powerful nation on Earth…our might makes it right.