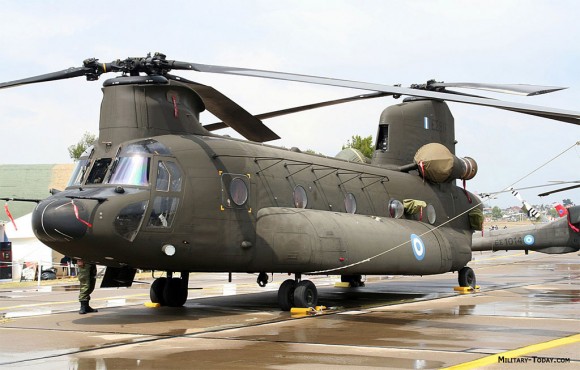 In 2008, for example, Boeing charged an extra $16.6 million on a $4.4 billion CH-47F Chinook Helicopter contract by invoicing new and updated parts while “primarily install[ing] used parts instead.”

This past June, Boeing got paid “$13.7 million more than it should have for spare parts, including $2,286 a piece for an aluminum ‘bearing sleeve’ that should have cost $10.”

“A May 2011 audit found about $13 million of overcharges on $23 million of orders from a Texas army depot,” Bloomberg adds. “That report said Boeing charged $644.75 for a plastic motor gear used on Chinook helicopters, which another Pentagon agency purchased for $12.51.”

The latest July audit found that Boeing charged $2.6 million for 142 Chinook engine transmission housings that the Pentagon didn’t even need.

The Army, Bridget Serchak, a spokeswoman for the inspector general, told Bloomberg, paid Boeing for parts “that were proposed but never installed,” and “is paying for additional parts that they do not need and may not use.”

This is a regular feature of the military industrial complex, as the infamous Reagan-era story of the $400 hammer the Pentagon paid for illustrates. In any other environment, if a company charged you $2,286 for something that you could get elsewhere for $10, that company would either go out of business or quickly slash its prices. But in this system, there is no downward pressure on prices, and the defense corporations have a hold on the politicians, so there won’t be anything done about this egregious profligacy.

As I wrote last week, even when there aren’t deliberate overcharges, the Pentagon is often forced to pay for weapons and equipment that military leaders say they don’t want or need.

And we’re all supposed to believe the defense budgets have been cut too much.