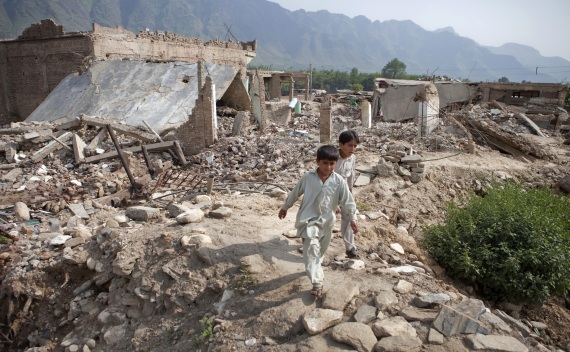 Both Amnesty International and Human Rights Watch have published reports on the Obama administration’s drone war, saying it may amount to war crimes. This comes just days after the UN Special Rapporteur on extrajudicial, summary or arbitrary executions submitted a study of its own on the drone war to the UN General Assembly.

According to the Human Rights Watch report, not only does the drone war violate international law, but it boosts local support for al Qaeda. Here’s some of the press release:

United States targeted airstrikes against alleged terrorists in Yemen have killed civilians in violation of international law, Human Rights Watch said in a report released today. The strikes, often using armed drones, are creating a public backlash that undermines US efforts against Al-Qaeda in the Arabian Peninsula (AQAP).

The 102-page report, “‘Between a Drone and Al-Qaeda’: The Civilian Cost of US Targeted Killings in Yemen,”examines six US targeted killings in Yemen, one from 2009 and the rest from 2012-2013. Two of the attacks killed civilians indiscriminately in clear violation of the laws of war; the others may have targeted people who were not legitimate military objectives or caused disproportionate civilian deaths.

“The US says it is taking all possible precautions during targeted killings, but it has unlawfully killed civilians and struck questionable military targets in Yemen,” said Letta Tayler, senior terrorism and counterterrorism researcher at Human Rights Watch and the author of the report. “Yemenis told us that these strikes make them fear the US as much as they fear Al-Qaeda in the Arabian Peninsula.”

They also provide a video:

Amnesty’s report is called “Will I Be Next?” on account of an 8-year old Pakistani girl who watched her grandmother get torn to shreds in a drone strike as she was picking vegetables. “I wasn’t scared of drones before,” the young girl said, “but now when they fly overhead I wonder, will I be next?”

Much of the Amnesty report focuses on the terrorizing nature of the constant hovering of armed drones overhead and the effect that is having on the civilian population. It echoes a study from the Stanford and NYU schools of law last year, which found, “Drones hover twenty-four hours a day over communities in northwest Pakistan, striking homes, vehicles, and public spaces without warning. Their presence terrorizes men, women, and children, giving rise to anxiety and psychological trauma among civilian communities.”

Here’s a video from RT covering the Amnesty report:

Notably, Amnesty calls on U.S. authorities to “Bring those responsible for unlawful drone strikes to justice in public and fair trials…”

Are we taking bets on how likely that is to happen?