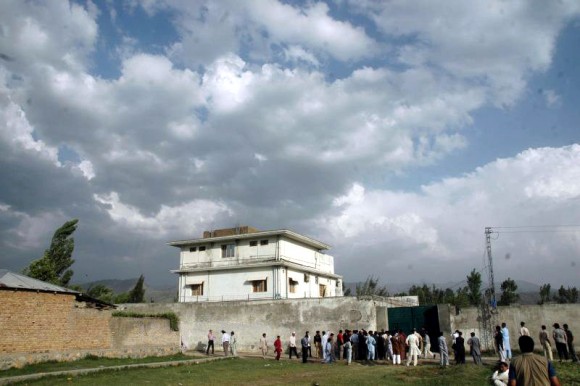 After the killing of Osama bin Laden, Pakistan vehemently denied any knowledge that the most wanted terrorist operative in the world had lived in a protected compound in Abbottabad just a few short miles from Pakistan’s military academy. Nobody really believed them. Senior U.S. officials would, when asked by the press, give the Pakistani government a verbal licking, but only in vague terms that declined to confirm what seemed obvious to everyone: that Pakistan did know of bin Laden’s hideout there.

New York Times journalist Carlotta Gall, who spent more than a decade reporting from Afghanistan and Pakistan has pretty well confirmed that Pakistan not only knew of bin Laden’s presence, but actively protected him. More than that, the U.S. government knows they knew, and the Pakistanis know they know they knew.

Soon after the Navy SEAL raid on Bin Laden’s house, a Pakistani official told me that the United States had direct evidence that the ISI chief, Lt. Gen. Ahmed Shuja Pasha, knew of Bin Laden’s presence in Abbottabad. The information came from a senior United States official, and I guessed that the Americans had intercepted a phone call of Pasha’s or one about him in the days after the raid. “He knew of Osama’s whereabouts, yes,” the Pakistani official told me. The official was surprised to learn this and said the Americans were even more so. Pasha had been an energetic opponent of the Taliban and an open and cooperative counterpart for the Americans at the ISI. “Pasha was always their blue-eyed boy,” the official said. But in the weeks and months after the raid, Pasha and the ISI press office strenuously denied that they had any knowledge of Bin Laden’s presence in Abbottabad.

Contrary to depictions of bin Laden being holed up in this compound hiding from the world, he went about freely: “Bin Laden traveled in plain sight, his convoys always knowingly waved through any security checkpoints.” And here’s the real whammy:

In trying to prove that the ISI knew of Bin Laden’s whereabouts and protected him, I struggled for more than two years to piece together something other than circumstantial evidence and suppositions from sources with no direct knowledge. Only one man, a former ISI chief and retired general, Ziauddin Butt, told me that he thought Musharraf had arranged to hide Bin Laden in Abbottabad. But he had no proof and, under pressure, claimed in the Pakistani press that he’d been misunderstood. Finally, on a winter evening in 2012, I got the confirmation I was looking for. According to one inside source, the ISI actually ran a special desk assigned to handle Bin Laden. It was operated independently, led by an officer who made his own decisions and did not report to a superior. He handled only one person: Bin Laden. I was sitting at an outdoor cafe when I learned this, and I remember gasping, though quietly so as not to draw attention. (Two former senior American officials later told me that the information was consistent with their own conclusions.) This was what Afghans knew, and Taliban fighters had told me, but finally someone on the inside was admitting it. The desk was wholly deniable by virtually everyone at the ISI — such is how supersecret intelligence units operate — but the top military bosses knew about it, I was told.

Gall criticizes Washington’s “failure to fully understand and actively confront Pakistan on its support and export of terrorism.” That’s clearly true, and not just on the bin Laden thing, but the fact that Pakistan supports militant groups the U.S. has been fighting against in Afghanistan for 12 years. But more than failing to confront Pakistan on these issues, the U.S. sends billions of dollars to Islamabad every year. The U.S. pays them as they hold and protect the guy who masterminded the 9/11 attacks; protects them by playing dumb when asked about their collusion.

According to former CIA intelligence officer and Antiwar.com contributor Phil Giraldi, Pakistan may have even been implicated in the 9/11 attacks, or at least had foreknowledge of them. There are 28-pages in the 9/11 Commission Report regarding Saudi Arabia’s connections to the 9/11 hijackers that remain classified, at the request of our own government.

“A true accounting of what took place is long overdue and, one might add, it should not stop with the Saudis,” Giraldi writes. “Some of the hijackers spent considerable time in Pakistan prior to 9/11 and it is unlikely that the Pakistani Intelligence Service (ISI) would have missed their presence or the opportunity to recruit them as sources.”

So really: how demented is U.S. foreign policy that it pays, arms, and diplomatically protects extremist regimes which support militants who wish to attack the U.S.? What’s going on?