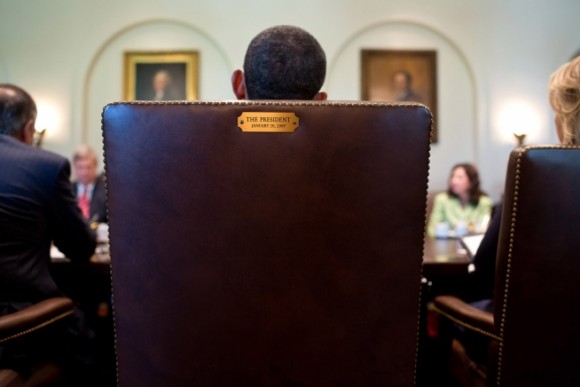 “…it would be good to know under what circumstances the White House thinks it can kill Americans without a trial.”

If Rip Van Winkle awoke just yesterday, he might be dumbfounded at the above sentence. To Americans in the Obama-era, it is an all too relatable assertion.

The sentence comes from The New Yorker‘s Amy Davidson and she is referring to the court decision this week that ordered the Obama administration to release the legal memo that authorized targeting an American citizen, Anwar al-Awlaki, for assassination.

In it’s decision, the court made clear that this does “not challenge the lawfulness of drone attacks or targeted killings.” Instead, as Davidson sardonically puts it, the decision establishes that, “We get to know what the law is.”

The case is important, first, because it would be good to know under what circumstances the White House thinks it can kill Americans without a trial. More than that, the decision turns on what has become, especially after Edward Snowden’s leak of N.S.A. documents, the crucial point in the debate over civil liberties and security: the government gets to have secrets, but it doesn’t get to have secret laws.

…More than a year after the Awlakis were killed—and after a lower-court judge upheld the government’s denial of the F.O.I.A. request for the memo—Michael Isikoff, of NBC, obtained a Department of Justice white paper on targeted killings. This was a sort of Cliff’s Notes for the secret O.L.C. memo, sixteen pages long and deeply unsatisfying. It used words like “imminent threat” in ways that were jarringly vague. On its own, the white paper suggested that the President could decide that an American living abroad was frightening, and that would be enough for a death sentence—it would count as due process if the President duly processed the question in his own mind, taking time to think it through.

…We get to know what the law is. The most important single revelation in the Snowden papers has been that, too often, we did not. There were secret surveillance-court decisions that interpreted statutes in ways that defied the plain meaning of English words like “collected” and “targeted.” Targeted listening, targeted killing—we need to know, when the government talks and directs and justifies, just what it thinks it is saying.

As I wrote in The American Conservative last year, the Obama administration has excelled in “vastly increasing the government’s use of secret laws and secret interpretations of known laws.” To the extent that this court decision puts a check on that dangerous expansion of power (the government may still appeal), this decision is a success.

With any luck, the decision will put pressure on the administration to reign in its drone war in general. As Rosa Brooks, Professor of Law at Georgetown University Law Center told Congress last year, “When a government claims for itself the unreviewable power to kill anyone, anywhere on earth, at any time, based on secret criteria and secret information discussed in a secret process by largely unnamed individuals, it undermines the rule of law.”

22 thoughts on “Court: US Can’t Keep Secret Laws Governing When It Can Assassinate Citizens”