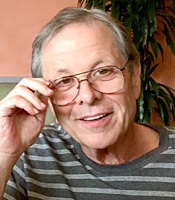 On My 42nd Birthday, I Launched Antiwar.com

Approaching my 42nd birthday on December 24, 1995, I gave myself a present: I launched a website.

The nursing industry magazine for which I had worked trained me to set up their website. The World Wide Web opened an exciting new world with the potential to revolutionize communication. I decided to start an antiwar website. I did some checking and, what do you know? Antiwar.com was available!

I set about learning how this internet thing worked. Fast-forward three years – my hobby had become a daily activity with a fair amount of traffic and starting to get some attention. I was posting news about Bill Clinton’s sanctions and bombing against Iraq. Then the war against Serbia (the "Kosovo War") turned Antiwar.com viral and major media focused on the new emerging antiwar movement online.

Since then I have worked non-stop. Vacations and days off became a rarity, and eventually a thing of the past. But the work became my biggest passion in life. Without any regrets – I couldn’t have wished for a more rewarding career.

Next week is my 65th birthday, and Antiwar.com is now 23 years old. I have been given a huge gift.

You, the readers and supporters, have given me the best gift of my life. Without you, Antiwar.com would not exist. And that gift keeps giving. But the real gift is not to me, it is the gift to the world; to work against the horrors of war and to work for peace.

I normally don’t like to ask for birthday gifts, but not today. Please make your year-end contribution to Antiwar.com. All donations are tax-deductible.

6 thoughts on “Happy Birthday to Antiwar.com (and me)”