I recently got a chance to discuss American militarism and antiwar politics with Ralph Nader. The Center for Study of Responsive Law created this video in affiliation with the Amherst Political Union.

At this summer’s Freedom Fest, our Director of Operations, Angela Keaton, debated historian and archaeologist Ian Morris on his recent book War! What Is It Good For?: Conflict and the Progress of Civilization from Primates to Robots.

Morris’ general thesis is that over human history war has created larger more organized governments which made for a more peaceful society. Keaton disagrees. Antiwar.com columnist Dan Sanchez weighs in with pre-debate commentary at No, War is not the Health of Peace and Prosperity. 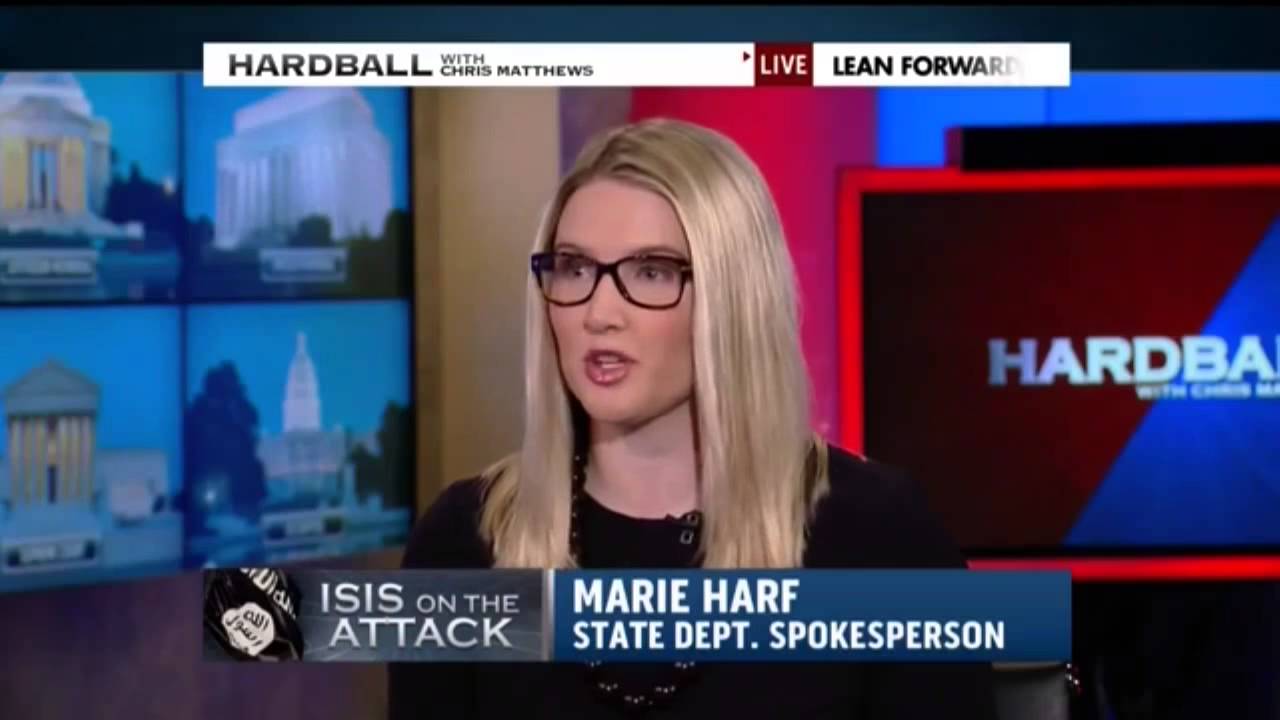 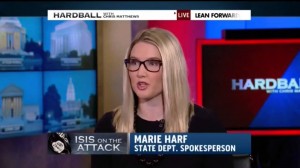 I hold no brief for State Department spokesperson Marie Harf, who spends most of her time shilling for her bosses’ catastrophic policies in Iraq, Syria, Ukraine, and beyond. But it bodes ill for our prospects of peace that the most sensible thing I’ve ever heard her say is the one thing that has put her in possibly career-ending hot water.

On MSNBC’s Hardball with Chris Matthews, she had the following exchange with the host:

MARIE HARF, U.S. STATE DEPARTMENT: I think there are a few stages here, right now we are trying to take their leaders and their fighters off the battlefield in Iraq & Syria, that is where they really flourish.

CHRIS MATTHEWS, MSNBC: Are we killing enough of them?

MARIE HARF: We’re killing a lot of them. And we’re going to keep killing more of them. So are the Egyptians and Jordanians, they’re in this fight with us. We can not win this war by killing them. We can not kill our way out of this war. We need in the medium and longer term to go after the root causes that lead people to join these groups, whether it is lack of opportunity for jobs—

First of all, here is what is problematic about her statement. For one thing, she ignores the deepest of the “root causes,” which is US intervention itself: especially, George W. Bush’s invasion and occupation of Iraq, which fertilized the east of the Fertile Crescent with blood and chaos, yielding a blooming Al Qaeda in Iraq (AQI) as its harvest.
END_OF_DOCUMENT_TOKEN_TO_BE_REPLACED

A regular reader of Antiwar.com writes, “Professor Joe Salerno, academic vice president of the Ludwig von Mises Institute in a recorded talk from the institute’s 30th anniversary celebration, talks about the Keynesian architects of the US Warfare state. Salerno explains how Keynesian economics teaches that wasteful consumption of all kinds, including warfare, generates additional income which makes society wealthier. For this reason, academic and government Keynesian economists have recommended additional military spending to help the economy out of the current recession.”

Listen to the podcast.

U.S. Senator Rand Paul (R-KY) wants to end U.S. aid to Pakistan. A sound stance by any peace measure even if one doesn’t share the libertarian bent of Antiwar.com’s editors. Foreign aid, a combination of bribes, blood money and welfare, is a fuel of the war machine, corrupting every thing it touches.

Even the most basic humanity toward innocent children.

The Dr. Shakil Afridi whom Dr. Rand Paul praises as a hero for his assistance in helping the U.S. capture and kill Osama bin Laden “concoct[ed] a pretextual vaccination program, whereby Pakistani children would be injected with a single Hepatitis B vaccine, with the hope of gaining access to the Abbottabad house where the CIA believed bin Laden was located. The plan was that, under the ruse of vaccinating the children in that province, he would obtain DNA samples that could confirm the presence in the suspected house of the bin Laden family.”

According to Antiwar.com’s Jason Ditz, “Afridi gave real doses of vaccinations to the children, but it was such an afterthought that they never bothered to provide any follow-up doses, so effectively none of the children were actually vaccinated.”

Now, as a result of Dr. Afridi’s espionage, real doctors doing work in Pakistan are are no longer trusted and are being threatened. Two gunmen in the Pakistani city of Karachi opened fire today on a doctor from the World Health Organization who actually wished to vaccinate children.

One should praise Rand Paul for honoring his oath to the Constitution by rejecting foreign aid. No cheer shall be found however in disregarding this oath when doing right.